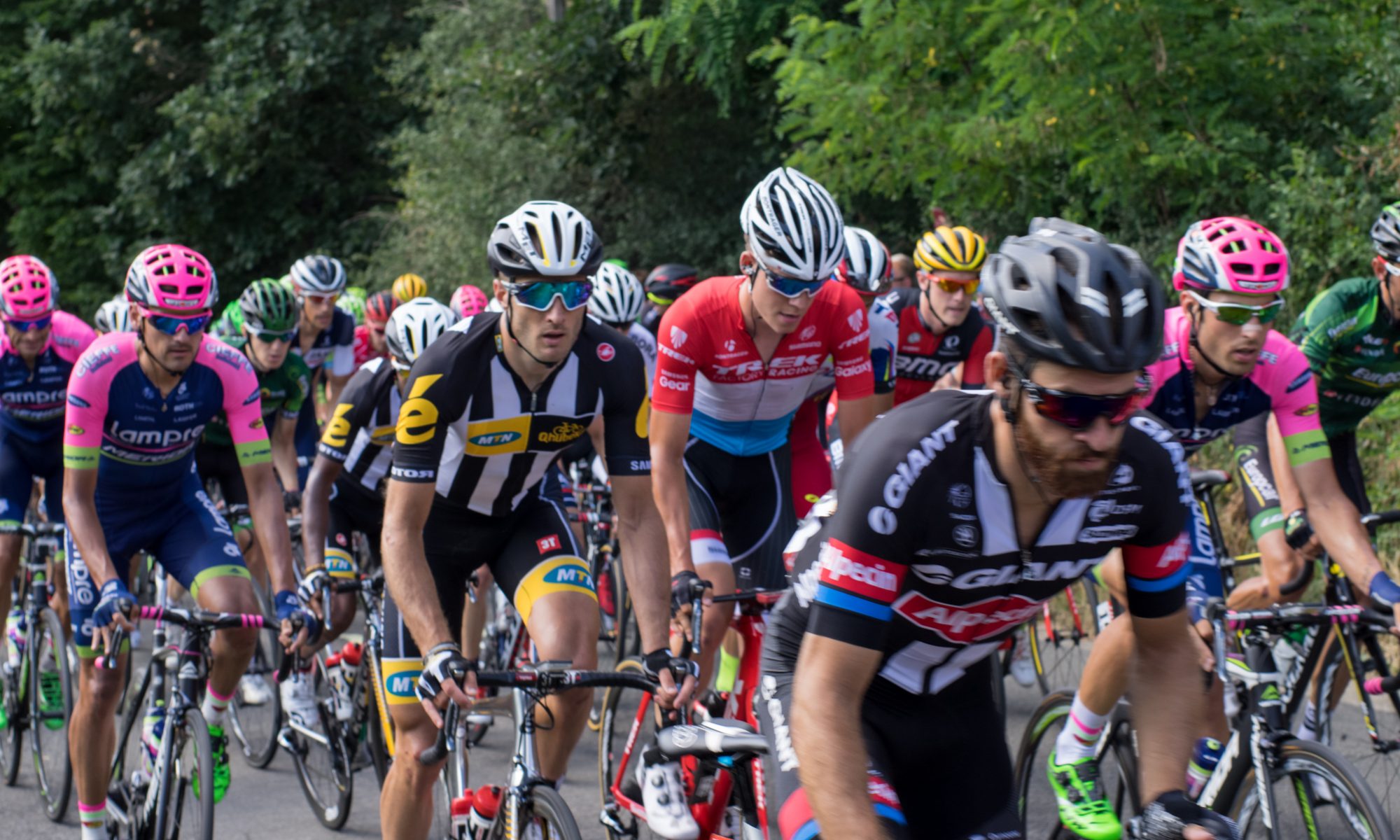 When traveling I have a bad habit of arriving in, or leaving from, a country within days of a major sporting event. One year I think I missed two Grand Prix races in a month. When we were in Singapore last the grandstands for the Grand Prix were still up, and dad managed to stand in some wet concrete where they were repairing the road.

When we were organising this trip I realised I was going to miss the Canberra round of the Australian Cyclocross Championship. This was annoying, but as we got closer to leaving, and I was watching the Giro d’Italia I realised we were going to be in Europe when Le Tour would be on, and not only that, we were going to be in Belgium at the same time as they were racing from Antwerp to Huy. I started to get excited, I might actually be able to catch some of Le Tour!

I studied the route for stage 3 and decided best option would be to head up the first climb of the day, about 50km from the end near Andenne. Mur de Huy is well known hill at the end of the stage, and there would be some exciting racing at the end of the stage, but it would be very packed and a bit too chaotic. Côte de Bohissau on the other hand looked like a much better option.

The first thought was to hire a car for the day, and go park on a side road away from the race route, then walk in. Dad had been catching a train to his conference for the last few days and suggested we try catching a train from Brussels to Andenne. This turned out to be a much better option. We walked down the hill to Gare de Bruxelles-Nord and got our tickets from a machine. The machine allowed you to purchase more than one type of ticket in a single transaction. We decided to splurge a few euros and get first class tickets, more of a chance that we would get a seat.

There were a lot of people on the train, a few girl scout troops, a few campers with tents and backpacks, and quite a few bikes. We made our way from one end of the train to the other, trying to get to the first class car, only to find it was locked. At the first stop we jumped off and ran down the outside to try and get in from the platform, only to find it was locked from the outside as well! We hurried back onto the train, and walked slowly back through the masses looking for a seat or three.

In Andenne we wandered along the course and found a cafe for a little lunch. There were a few bikes parked outside while their owners had coffee and sandwiches inside. There were a lot of people riding along the course. Even 3 or 4 hours out from when the race was expected the course had been closed off and cars were being directed away at every intersection. A bike is clearly the easiest and best way to get around.

I walked up the Côte de Bohissau, looking for somewhere to settle in for the next few hours. There were quite a lot people, it wasn’t packed like Mur de Huy, but there were people everywhere. I found a spot quite close to the top, next to a guardrail, and in the shade. There was a local listening to his radio and reading the paper. A few others rode up the hill on their bikes, looking quite tired.

After a while the start of the caravan came through, first it was the police, a road sweeper, official cars, then the parade floats. Each throwing advertising and other swag to the feet of those waiting on the side of the road. There seemed to be a very specific skill in launching things from the cars as they drove past. They weren’t moving slowly up the hill, they were driving at a good speed. I managed to catch a hat, and a few other things landed at my feet, and at the feet of some Germans who had taken up residence next to me.

A police officer on a bike had pulled up the on side, keeping an eye on proceedings. A group of cyclists came past and the police officer started blowing his whistle and yelling at them. The whole group stopped and threw their bikes over the guardrail and took a seat on the ground. The course was even more closed than it was before. This didn’t stop a lot of people continuing the ride up the hill, but a few got a good stern talking to. Some local officials brandishing an official looking paddle and official looking armbands walked past our large group camped in the shade, “Maximum! No more.” and continued down the hill.

What I wasn’t expecting today was an armada of helicopters. Not just one, or two, but five. Maybe more. They came in overhead quite low, flying in formation and circling what looked like the bottom of the climb. I had been checking the progress of the race on my phone, and knew the riders were coming into Andenne and should only be 20 or 15 minutes away.

The local with the radio started talking and waving his arms. I didn’t have a clue what he was saying, but he did keep saying chute (French for drop or crash) and shaking his head. The helicopters continued to circle at the base of the hill. I checked my phone and saw that there had been a big crash. A number of riders had to abandon the race, including Simon Gerrans from OGE. The officials had neutralised the race and they were stopped at the base of the Côte. With so many riders injured they had stopped the race as there were no doctors or ambulances to continue with the peloton. After a while they continued up the Côte paced by the commissaire car.

With the whole group riding as one they were spread wide across the road. I was was standing in the dirt, out of the gutter, wedged hard against the guardrail, but the edge of the group was centimetres from me. The main group passed in a few seconds, but then those riders who were still suffering passed, more slowly. Michael Matthews from OGE was talking to the race doctor and holding his ribs. He had lost quite a bit of skin off his back and leg. Winner Anacona from Movistar had some issues with his rear brake that needed attending to by the team, up the hill. The last of the support vehicles rolled past.

The last police car went up the hill with “Fin Course” on its roof. The vehicle, and we started walking back down the hill. Riders started flying past, and a few cars came out of nowhere and headed back down the hill. A traffic jam quickly ensued, allowing only those on two wheels or feet to continue.

The train back to Brussels had its first class cars open, and we were able to quickly find a comfortable seat in the mostly empty carriage. While the crashes had marred the race, it was still a great day. The mass of riders passing within centimetres was an experience. If I ever get to see the race again, I’ll do the same thing. Find a small hill, or some cobbles a way out from the end that I can get to on the train.

One Reply to “Côte de Bohissau”