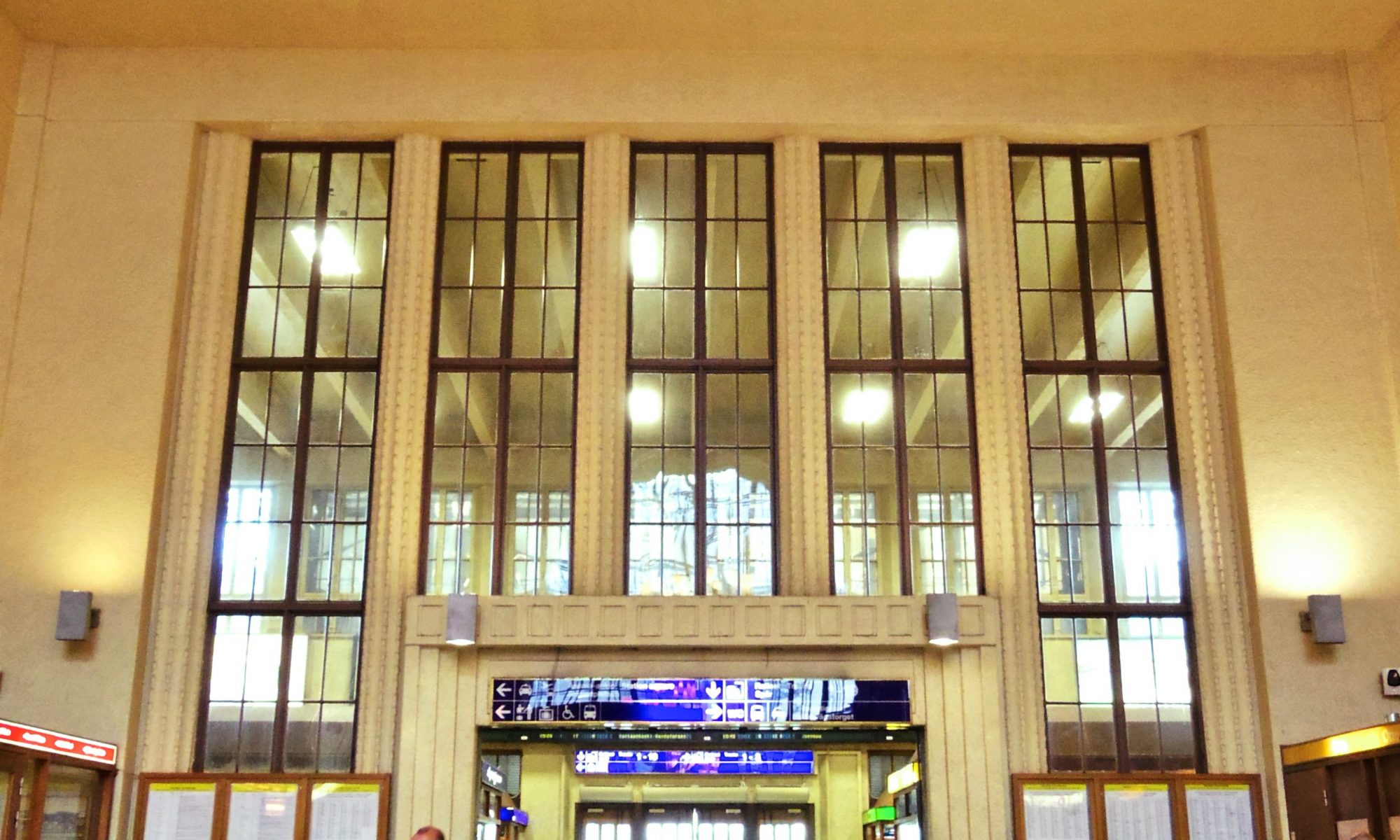 One thing I really do love in Europe are the trains. They are such a more civilised way of travelling than aeroplanes. No giant queues, no need to take off your belt and shoes (although I am good at dressing in stuff that never sets off the metal detectors), and there is so much more leg room. Not that I need lots of leg room, but there is still much more of it.

We arrived at the station in good time for our train, only it hadn’t actually arrived from wherever it was coming from, and then when it did arrive it got cleaned before we were allowed on it. We walked through an entire carriage looking for our seats, trying to work out where the numbers where. Near the end a friendly Russian pointed out the tiny badges on the end of the seats that we had missed, and we back tracked through half the carriage before finding ours.

The other civilised thing about the train is that the border and customs officials come to you, and process your documents while you remain seated. Other than a slight hic-up where my Russian visa was pasted in the wrong way around, which meant they couldn’t scan it with their machines, it was a painless process to pass from Finland and the EU to Russia, all while remaining comfortably seated, while sipping on “water with gas” which I accidentally ordered when I just replied ‘Yes’ to some random Finnish.

The other thing I really like about the trip was at the train station in Saint Petersburg the taxi drivers didn’t hassle us as soon as we got off the train with our bags. No one tried to carry our stuff for a tip. We actually had to politely ask a man with the word ‘Taxi’ bulldog-clipped to his shirt if he could take us to our hotel. Negotiations on price were quick, we just agreed after he had a discussion with someone else in Russian on the location of our hotel.

After the clean air and cool environment of Iceland and Helsinki the dust and heat in Saint Petersburg was a little bit of a shock. I managed to get the cold off dad, and was starting to feel a little blocked up, this didn’t help.

After settling into our hotel we walked down the block to St. Isaac’s Cathedral.

It is enormous, and lavishly decorated inside. It is a beautiful old building, but was built to display power and wealth, and many workers were killed during construction. One thing I didn’t get to do in India was see inside the Lotus Temple, a Bahai temple. I would have loved to compare a modern place of worship with some of the old churches and cathedrals.

From there we walked down to the river and past The Hermitage where we would be going the next day.

One Reply to “Helsinki to Saint Petersburg – I like trains.”