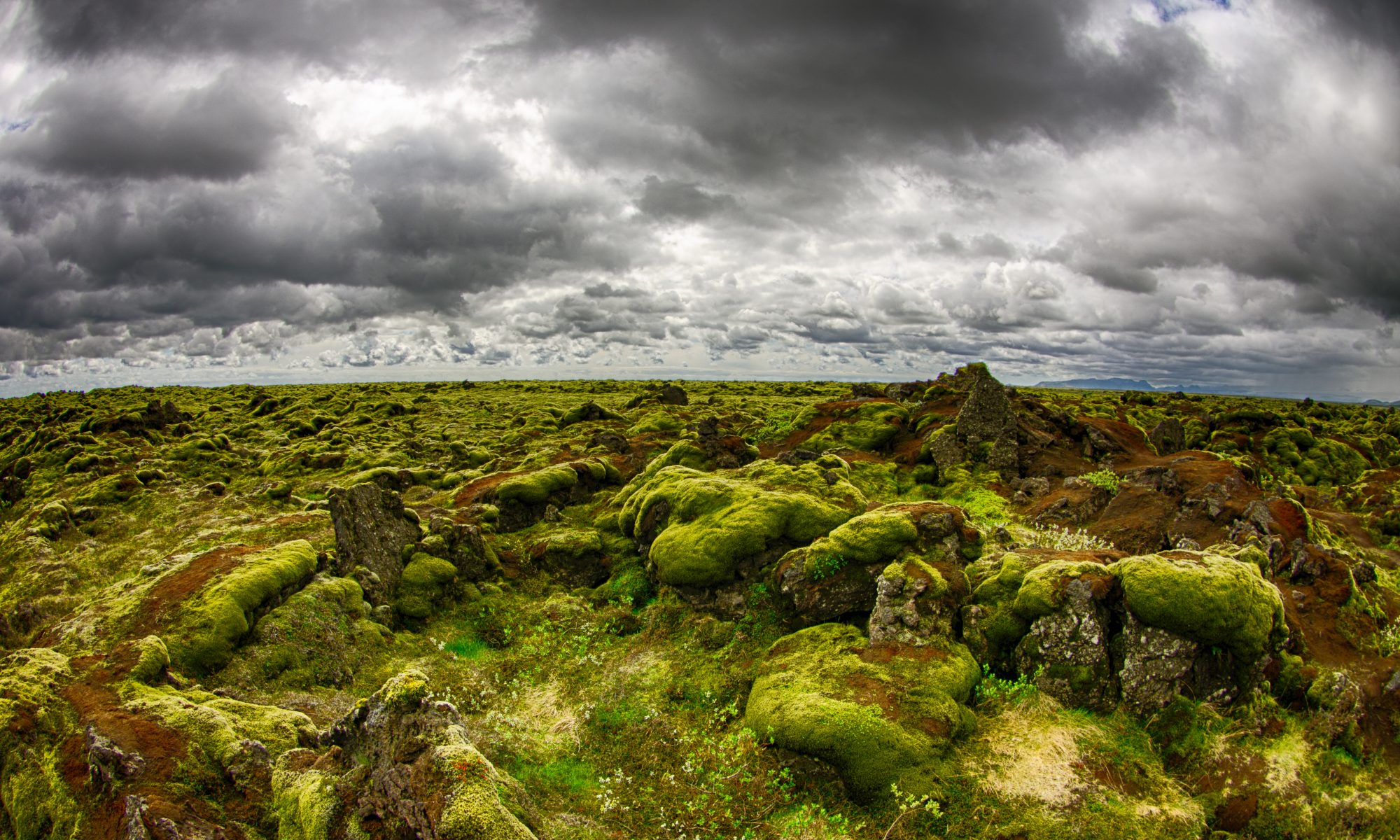 Day two started early again. Awake before 7 without an alarm. Breakfast, gear check, and we headed off again. Down the same tourist route, but this time along the southern coast towards some more waterfalls and a glacier or two. 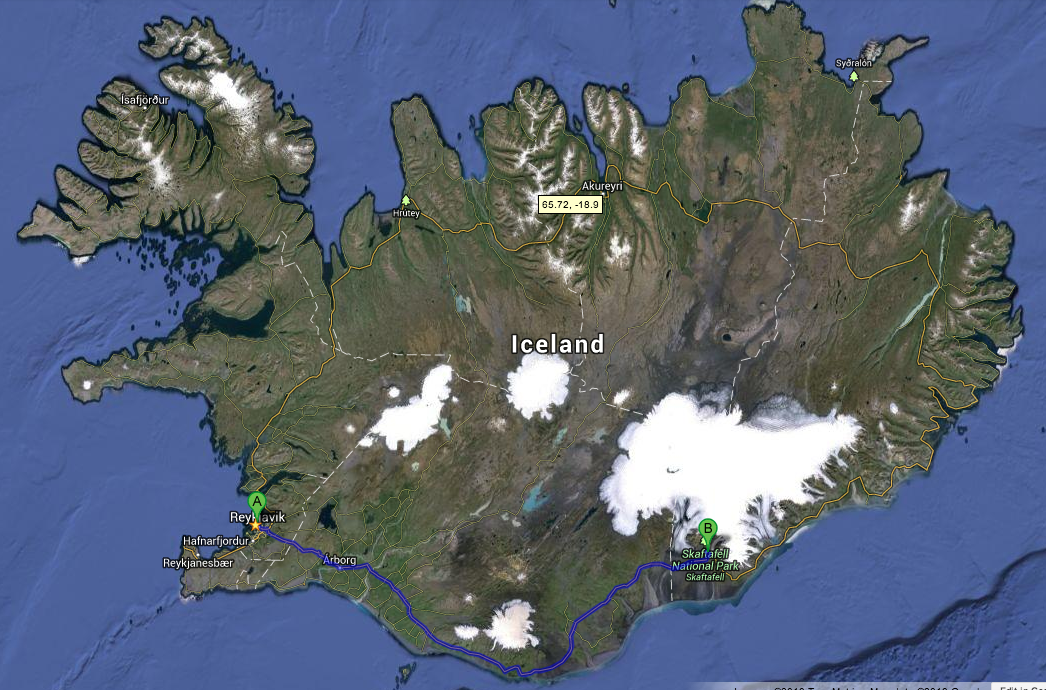 Iceland doesn’t seem to do gradual undulating hills. It does vast flat plains, and sudden abrupt cliff / mountain, and the occasional volcano. 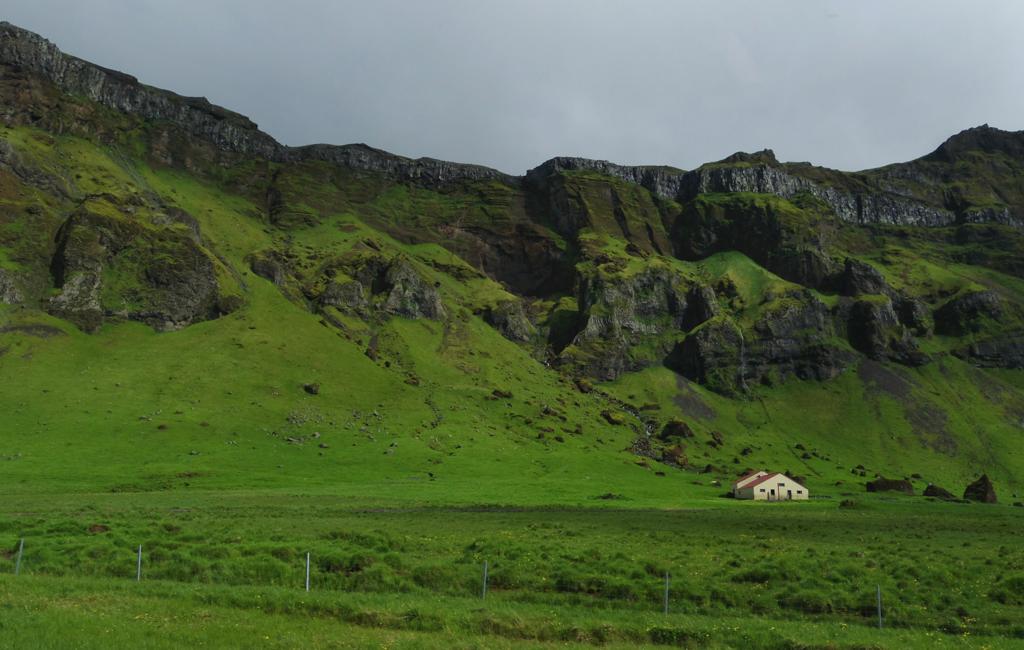 Good Guy Greg Iceland: Interesting photo opportunity? Have a picnic area to stop at and take your time! 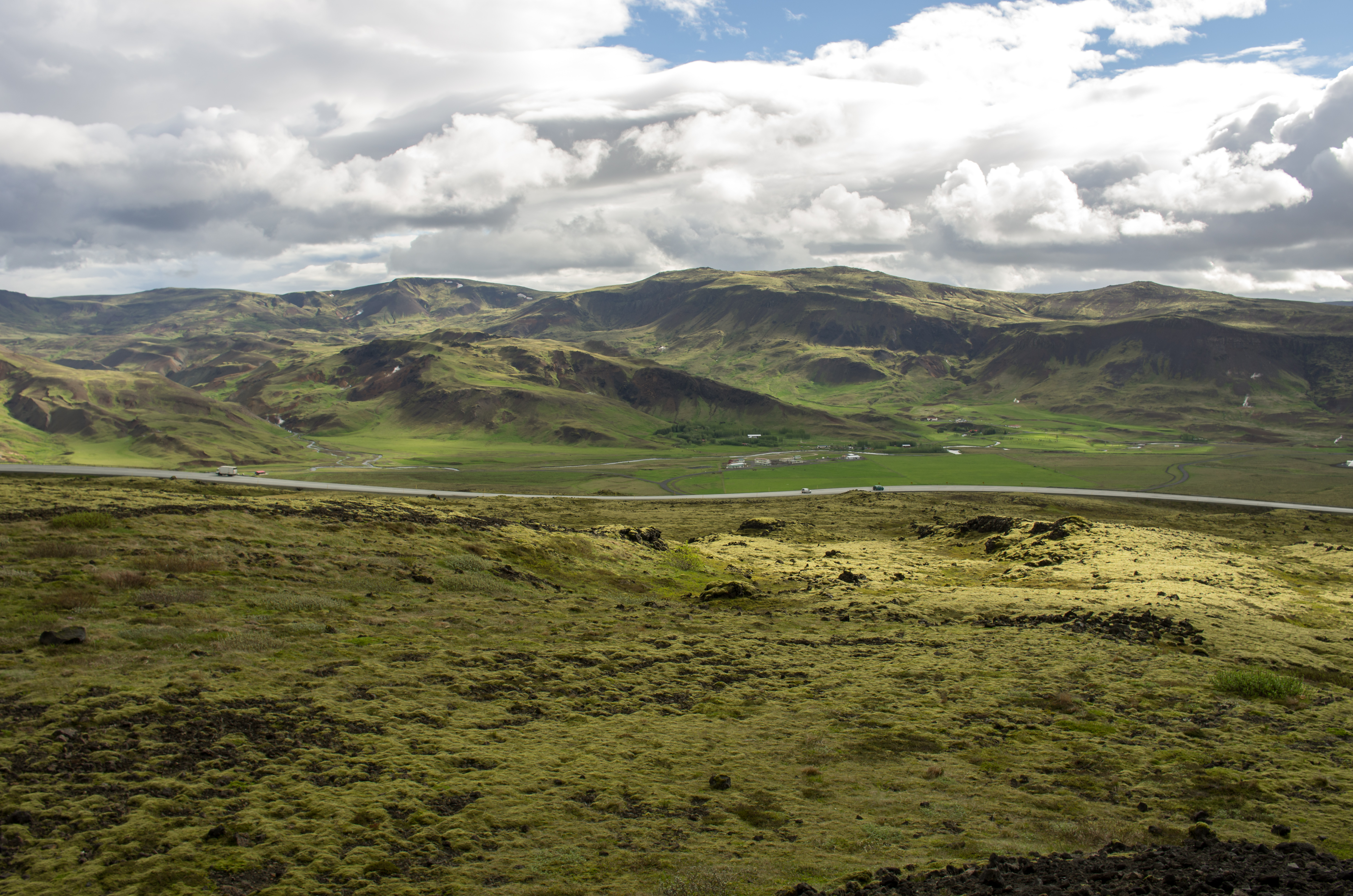 Driving along we spotted a waterfall from the road we weren’t planning to stop at, but there were a few busses, and it looked to be the thing to do to pull off the highway and check it out.

30min later we stopped again for the 2nd waterfall of the day. They have quite a few scattered about the place. Many more than just the ones with names. 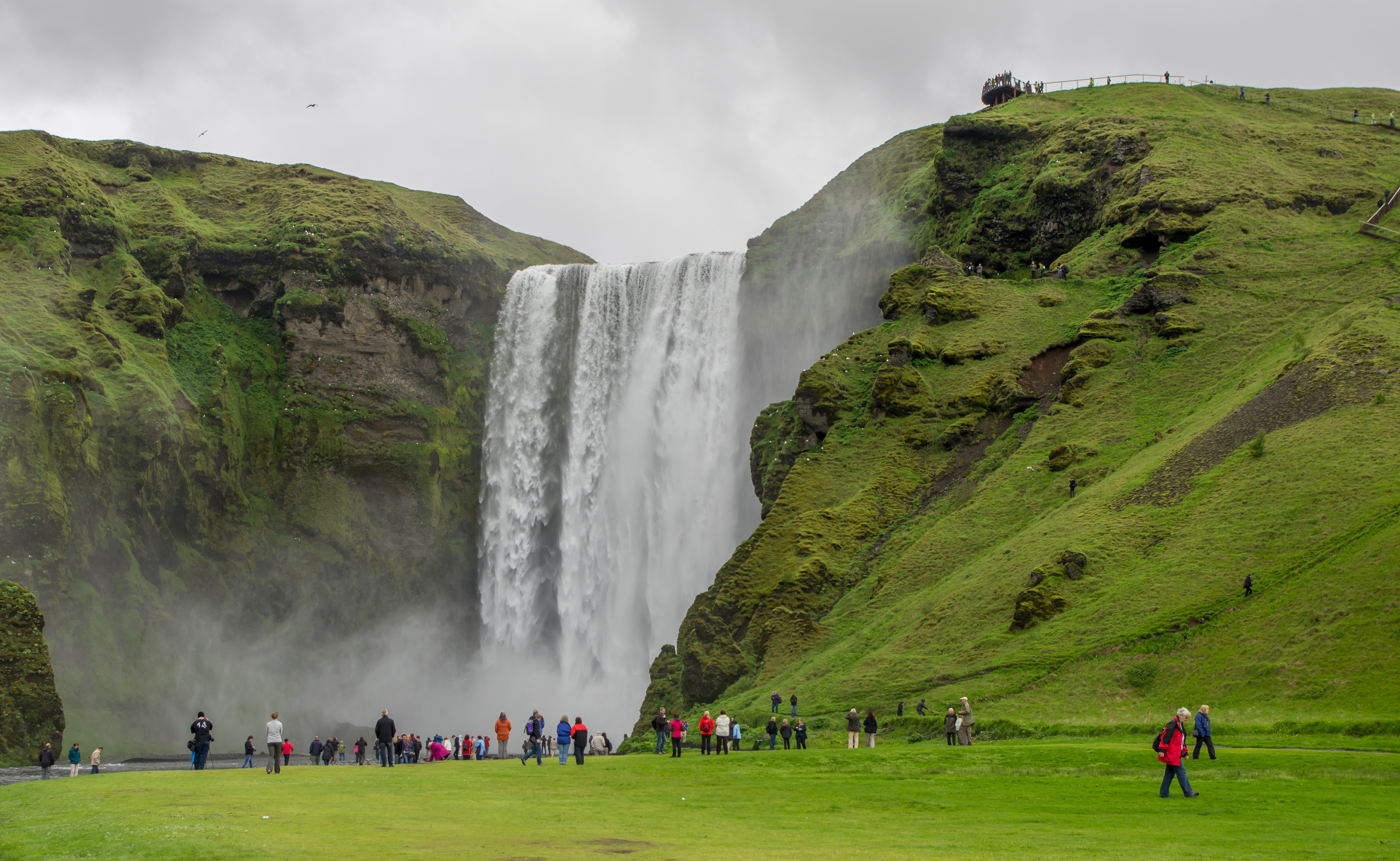 Cruise control,  and a few hours later we were driving through the strangest landscape I’ve ever seen. Lumpy lava fields covered in moss. There was hardly any other vegetation, just moss. Where there wasn’t moss there was vast flat glacial flood plains of gravel and presumably volcano ash.

A driver change, and we were on our way again. Whenever we went to overtake some insane cyclists – insane because while its flat, there is a lot of wind, and hundreds of kms between anything – dad’s hand would drop to the windscreen wiper control. “Windscreen wiper” and he’d indicate and overtake. The one time I didn’t say it we went past in blazing sun and the windscreen wipers going all out.

There were quite a few one lane bridges, the only things that seemed to determine if a bridge would be single or double lane was if it was likely to be destroyed by a flood. In that case, just put up a simple wooden single bridge and well build it again if we need to.

The glacier had a nice visitors centre and cafe. After a quick feed we set off down the path to the glacier.

The walk was easy and pleasant. The sound of waterfalls and birds everywhere. The sun was out and warm. When I got to the glacier though the wind coming down the valley was cold, very cold, and I was glad I had my jacket.

I couldn’t get right up to the glacier – small lake in the way with icebergs the size of cars floating in it. But it was big, and only I could only see a tiny bit of it. A helicopter flew overhead taking people up onto the glacier itself. Clearly, that is the way to travel.

A passing tourist commented on my “good camera” and asked if it was a Canon, because a black box with a lens on the front is a Canon. I don’t think Canon even make a lens as compact as the Pentax 21mm Limited. 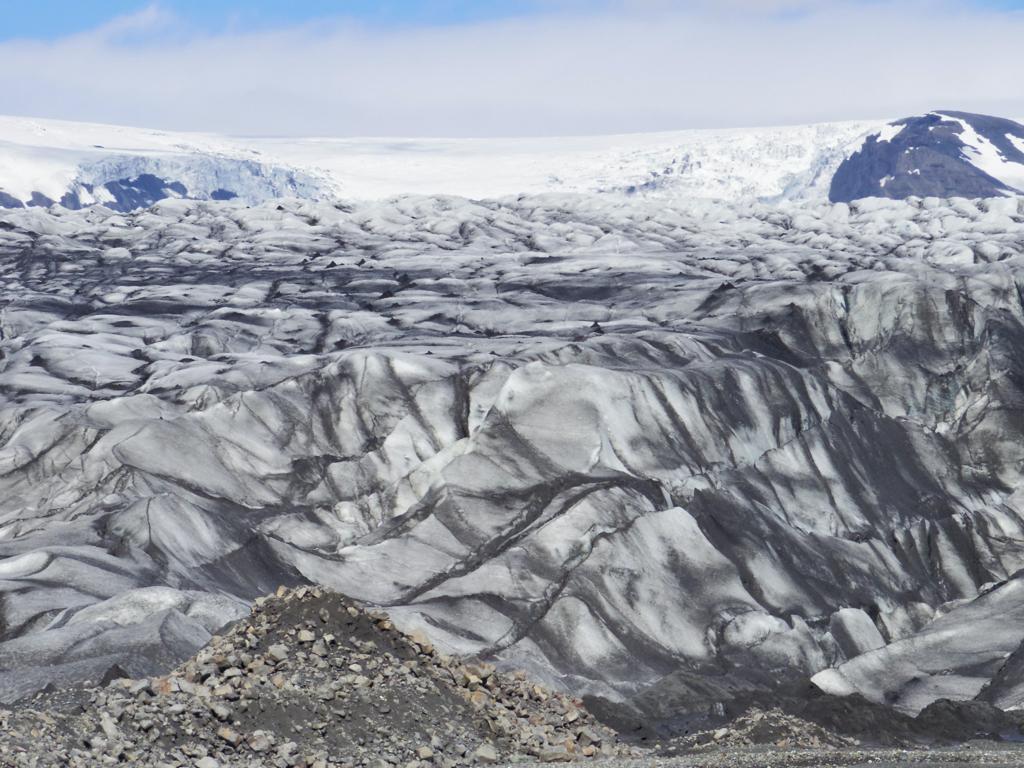 On the walk back the clouds parted, providing views of the surrounding snow capped mountains, and increasing the temperature about 10 degrees. As best I could I used my beanie as a sunhat.

Before we set off again on the return trip we needed fuel. Maps with me said there was a place to get some 2.1km away, but the next one was 54km away. We didn’t have enough fuel for the 2nd, so we hopped the first was open. After swiping 3 credit cards I finally got one to work, and it let me fill up. Although the first receipt the machine printed off was for 0.00 krona. After confirming that it had actually taken my money we head back to Reykjavik. 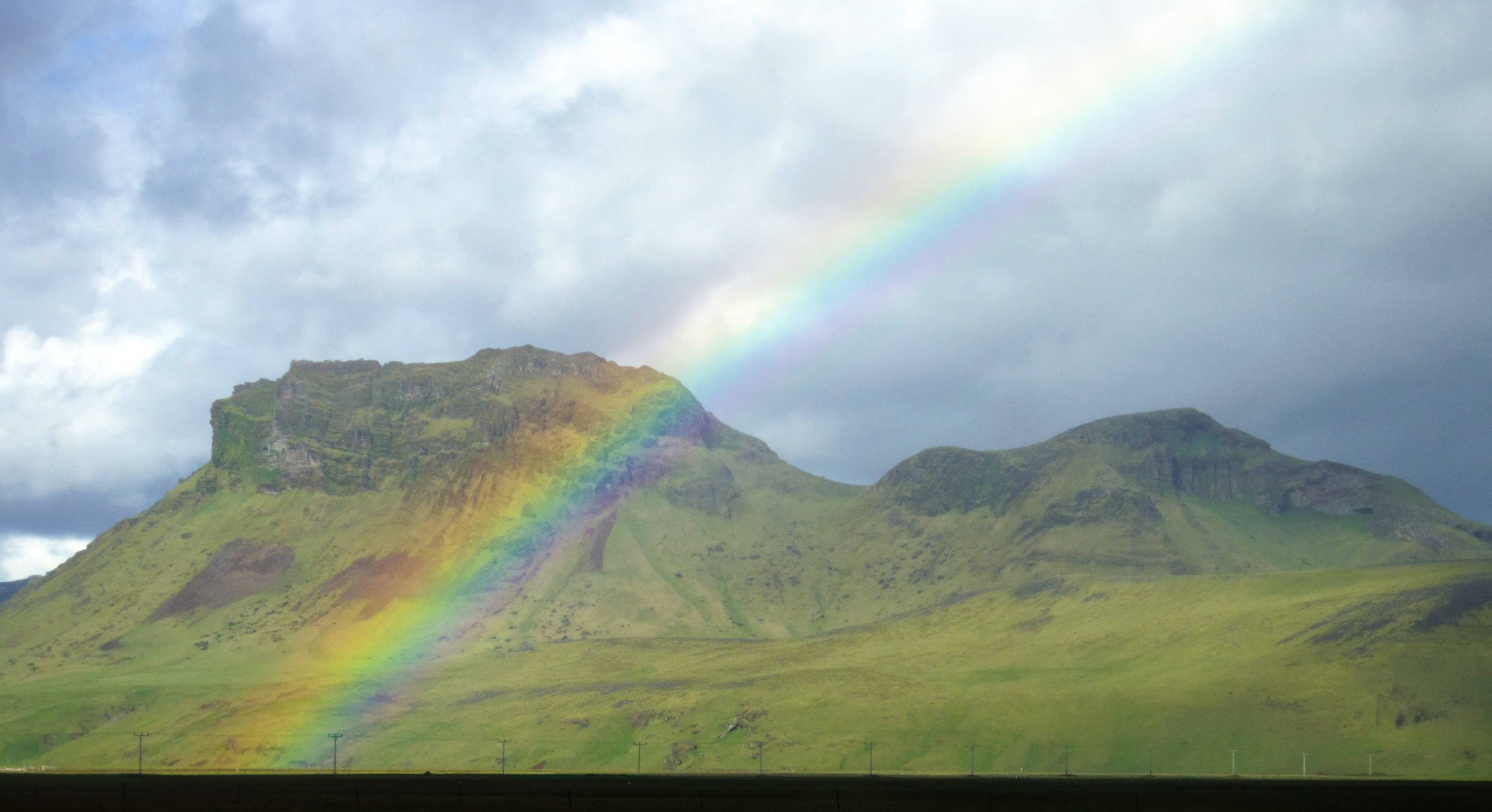 Along the way we stopped at another conveniently placed picnic area for a driver change. Same as one of the stops yesterday, there were small piles of stone everywhere. The sign explained they were put their by travellers years ago before setting off on a journey for good luck, and the locals continued the tradition.

Dinner that night was at a small restaurant bar in Árborg. They servered horse and whale of which I had neither, but stuck to a beef burger, which was fantastic.