I’ve enjoyed collecting tiny European counties. In my last few trips we made it to Luxembourg and earlier this trip Andorra. Not far from Zurich, squashed between Austria, Italy, and Switzerland is the tiny country of Liechtenstein. 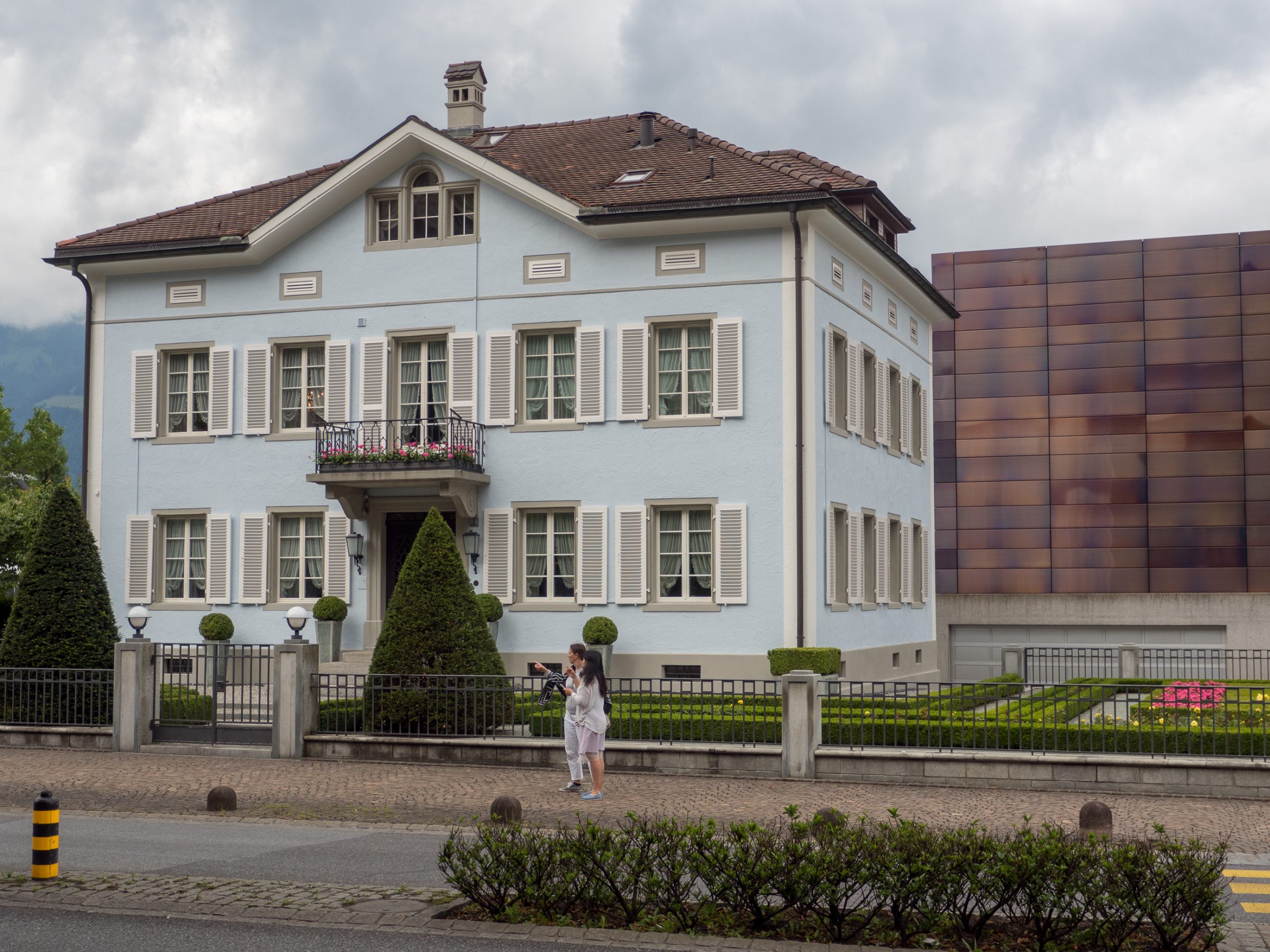 It really is tiny, 160 km². As previously mentioned, Switzerland is a small fraction of the state of Victoria, at 41,285 km². Andorra is infinitesimal at 470 km², but still over twice the size.

Dad and I checked how to get there from Zurich, a quick train ride to Sargans, and then a local bus into Lichtenstein. It really was a local bus, it had a number and all. We crossed the Rhine River. The number plates on the cars parked in driveways swapped from Swiss to Liechtensteiner, the only real hint we’d changed countries.

We got off the bus near the centre of Vaduz and started walking around. We found a cafe and grab a quick drink, and then starting looking around a gift store.

At the edge of the town centre was a small church, Vaduz Cathedral.

After looking inside the church we managed to find the Liechtenstein National Museum, conveniently located just next door. We spoke to the people at the front desk, where we were able to leave our backpacks while we walked around .

It is a slightly strange museum. It servers as a museum to the history of Liechtenstein and the area, as well as a general museum school kids from the area can visit. It even had some traveling exhibits. We spent quite a while wandering around, look at the portraits of previous leaders and the nobel families, and the standard expensive looking gifts and ornaments that go with them.

I was quite excited when I found a section dedicated to inventions from Liechtenstein. They had a number of Curta mechanical calculators. First created by Curt Herzstark in 1945. They are exquisite machines, requiring very precise manufacturing.

After finishing up at the museum we were told we could go next door and see the crown jewels, which sounded good. We got a couple of small tokens and were told there was a special door they would let us in.

We found the nondescript door. It was an airlock, that only allowed one person through at once, and only in one direction. Inside there was one man sitting in a chair who suddenly realised he had visitors. I’m pretty sure he was there to remind people to not take photos.

It was quite dark, the only lights were the spot lights on the objects. Down the centre of the long room were a number of glass cases with the crown jewels, and other expensive looking old things. Along the walls were a number paintings and other pieces of art. We did a lap and a bit, before exiting out the other end, and headed back to the museum to collect our backpacks.

We went back to the first cafe we stopped at in the morning for a simple lunch, before walking slow back to the bus stop, trying to get a good shot of the castle up on the hill.

We caught the local numbered bus back over the river and into Switzerland. I do enjoy staring out the window on Swiss trains. On the way back to Zurich we got a good view of a small lake, looked like a nice place to visit. I might have to go back with my drone.