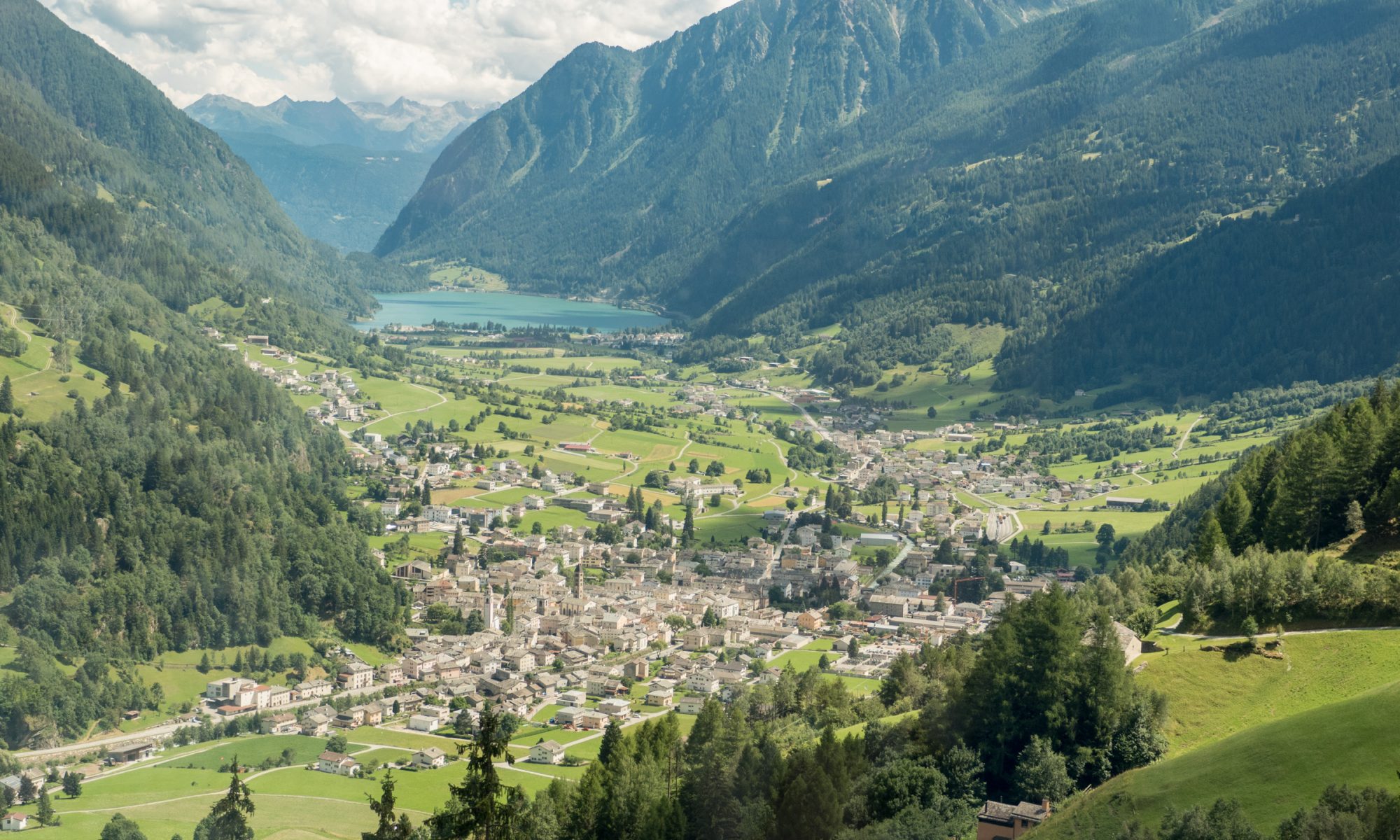 There had been many highlights this trip, but today was right up. Back when we were planning all the places the visit we were also planning how to get between them. One of the reasons to visit Milan was the train trip back into Switzerland. The Bernina Express.

Local looking sharp and dignified on their scooter

We got a taxi for the short trip to the central station for our first train of the day. The station wasn’t as busy as when we had arrived just a couple of days before. We weren’t overly sure where our train would depart from, but quickly found the platform.

It was just after midday. After we dropped out luggage in the Swiss station we walked into town, looking for something to eat. It was hot, very hot. We walked past the cafes in the main street right next to the station and found a small bakery where we ordered some small pizza focaccia things.

When we got back to the station it was completely packed. Someone was having trouble understanding why the last train left on time without them on it. It left maybe 30-45min ago. We eventually managed to get our bags from the cloak room and headed to the platform.

While the train trip was included with our Eurail passes, we did pay a little more for a first class seat. The main advantage being the panoramic glass roof.

Leaving the station there was much between the train and other local traffic as we slowly made our way out of town. It wasn’t long until we were back in Switzerland.

Being in first class we had a very friendly Swiss man ask if we would like food or coffee. We asked how we could pay, francs, euros etc. He explained we could pay with euros, francs, or credit cards, but as there was a surcharge on card transactions he would prefer to run a tab for the trip and just have one payment at the end, to save us money. Being Swiss and working in a service industry he of course apologised for his perfect English, one of the 4 languages he spoke fluently. He also spoke ‘a little Romansh’.

A corkscrew section of the track.

The start of the trip was very pleasant, rising slowly up the valley past a number of lakes. The train went around a corkscrew, allowing it to gain altitude in a smallest possible area. 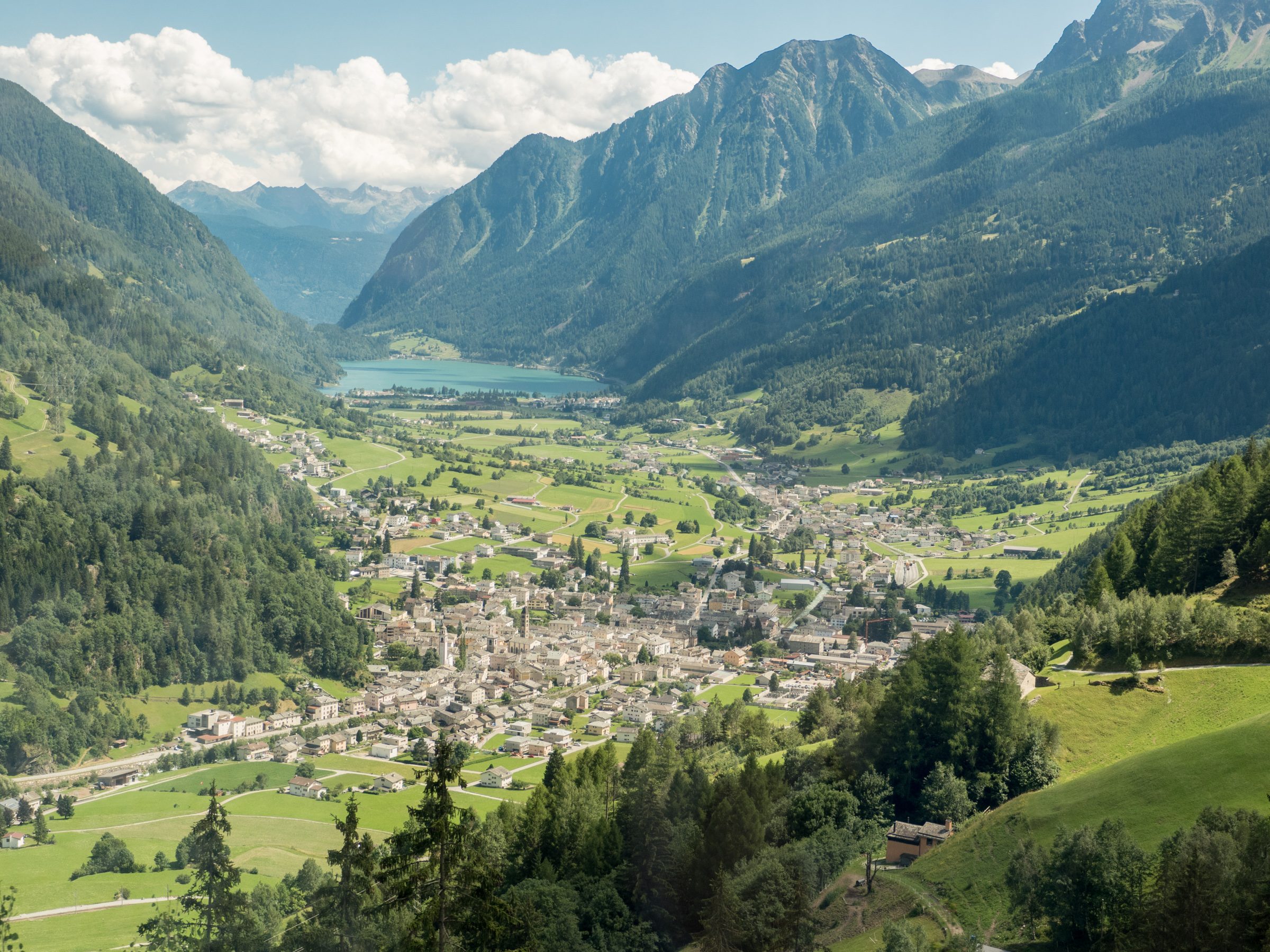 After a couple of hours we had gained enough altitude to start seeing snow, even though it was the middle of summer. The train stopped with a view of a glacier. I was taking photos through the window before I realised I had a couple of minutes to jump out.

The train started slowly descending again as we past a glacial lake with its distinctive blue colour.

We started going through an area with hotels and ski fields (currently without snow), there were many hotels I cannot afford to stay at.

A hotel I can’t afford

A hotel I can’t afford, right at the top of the ski slopes

The train left the mountains and started running along side a motorway. We got off the Bernina Express in Chur and changed to another local train. We had a little time before the next train to Zurich was scheduled and it wasn’t on the platform yet. When it arrived we found our reserved seats and got comfortable. A polite attendant came through and insisted on putting the little name tags above our seats, even though we were the only ones in the carriage, and already seated. That was no excuse not to ensure proper procedure was followed. 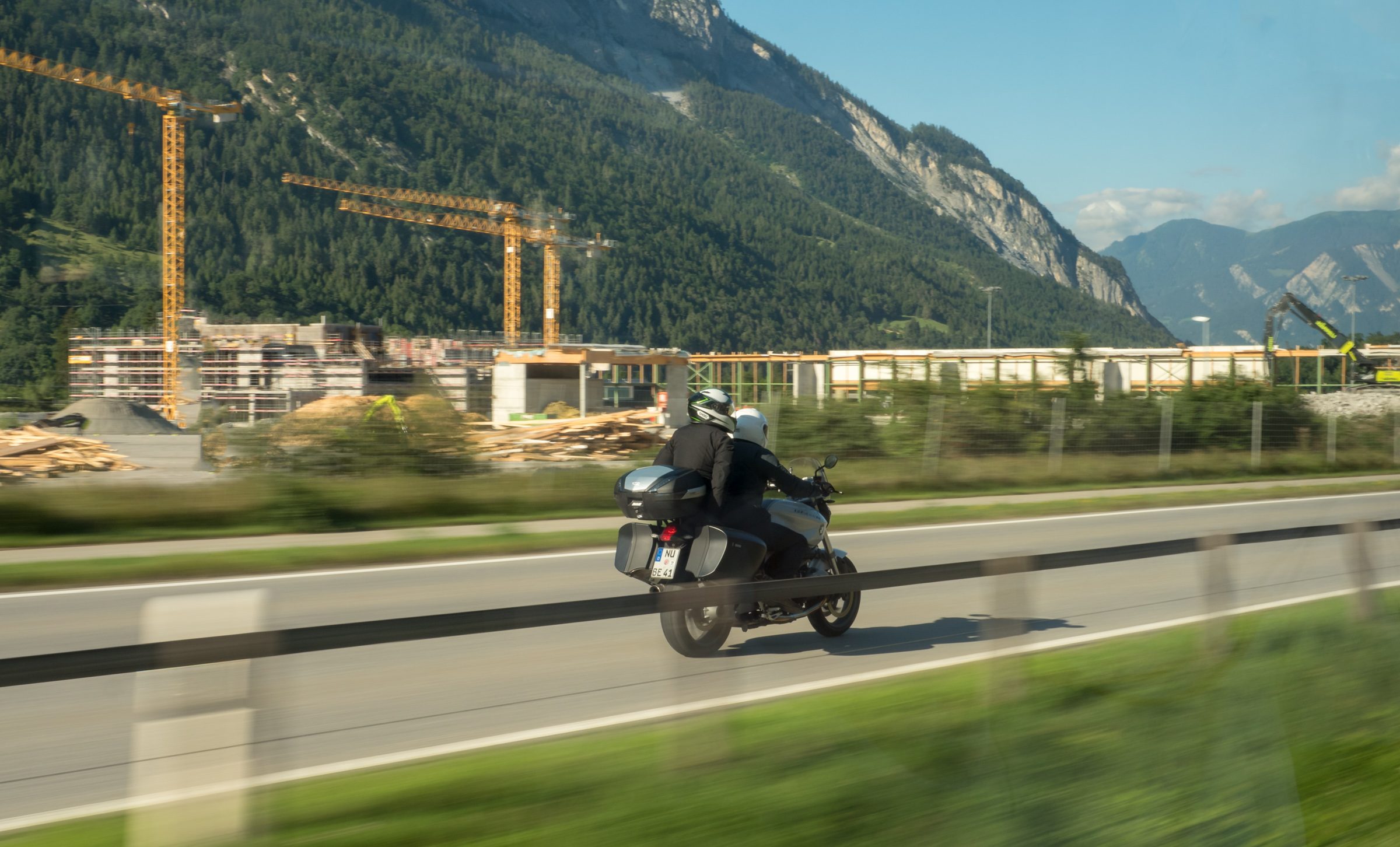