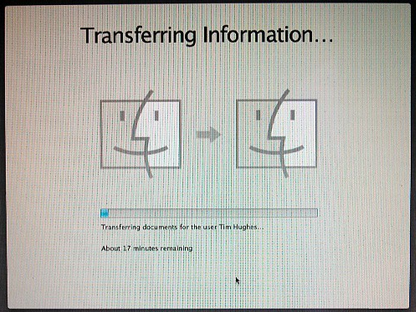 I am no longer carrying around a 1.3KG (stylish) paper weight in the backpack. The MacBook Air is back, and no thanks to Apple, well a little, but I still hate them.

On returning to Finland I set off to try and find the Apple (non-official ‘Retail’) store. Between the hotel and the shopping centre I actually passed two Apple service centres, one was closed until late July. I forged on towards the one I had checked out online. They told me they couldn’t help, but told me where to find their chain’s service centre, just a block over. So I set off and managed to find it fairly quickly. I explained my predicament, and showed them the laptop. They understood the issue, but weren’t able to help.

They could charge me to swap the SSD I have in the laptop for the one I have in the external drive no problems, but there was a 2 week wait on repairs. I asked if I could borrow the special 5 pointed screw driver to do it myself, but that was even further out of the question. “That is a proprietary thing, we can’t sell it, we can’t give it to you” “iFixit.com?” “Ohh, no. Well, I can’t do that.”

Ok, so I wasn’t off to a great start. How about a recovery USB drive to install from. Turns out Apple discontinued that ‘feature’. You can’t created a USB key for 10.7 except from a working machine – which I don’t have. 10.8 doesn’t include the feature at all, so they can’t make one from another machine. 10.8 isn’t available on a USB key at all – that would just be convenient.

So, now I can’t even open the laptop, and if I could, not sure I could get anything back onto the original SSD. While they couldn’t lend my a screwdriver they did give me the address for 3 other service centres in the area, and suggested the one that was closed till late July. I walked back towards the hotel, and stopped at MCare. Not on the list, but it was open.

I again explained the situation, showed them the laptop and asked if they could replace the SSD with the one in the external caddy. “You want to borrow the screwdriver?”, “If I could, yes please.”, “Here, use the tabel over there.” and I set about dismantling my laptop. The hardest part being getting the Incipio cover off.

I booted up the laptop, and it worked out that there was something inside it, but no OS, and stopped. It did offer to connect to the Internet – to do a recovery, so I decided that was winning, turned it off, purchased something from the store as a way of saying thank-you. It took 3 screw drivers.

The next part was the OS. Back at the hotel I booted and connected to my phone and it set about downloading the recovery image – kind of like advanced PXE boot over the Internet – UEFI is good for something. This took over an hour, but it worked, and I was prompted with some friendly looking options. I set about deleting the exFAT partition on the drive, formatting a new one for OS X, and told it to start an install, downloading stuff from the Internet.

Ohh dear. This could take a while. I hit cancel and tried to tell it to find the hotel wifi. Managed to connect to that. Now, I need to log in – no option in the connection menu, back out to the main menu – “Surf online for blah blah” – open that up, hit google.com, redirected back to an authentication page, log in. That’s looking OK. Go back through the menus. Agree that I won’t pirate the software (again), connect to Apple to prove I am using an Apple device.

That’s OK, I can deal with that! After a couple of reboots, and some serious fan spinning I got presented with a screen to transfer content from my backup. I was even able to select what I wanted, and what I didn’t. I don’t have enough room for my iTunes library on the original 128GB SSD – damn 1080p TV shows. All my applications came back – I was very scared I wouldn’t be able to download the version of LightRoom I own if it didn’t get restored as Adobe have updated it since I bought it.

I now have LightRoom running an import on a couple of weeks worth of photos, and am able to commit more crimes against the English language with much greater speed thanks to a proper keyboard.

I don’t know if my next computer will be another MacBook Air. I do really like them. I love that it is Unix but it can run some Adobe software (that I secretly/openly loath). I love that it has a bash prompt, and I can do stuff from there easily and quickly #GiantNerd. But the effort to replace a broken SSD. The fact that I can’t get a recovery USB key – because Apple sees the Internet as an easier option – is insane.

“New feature – Install from the Internet – No USB needed (or supported, so don’t ask)” sounds awesome, and it worked, but I was lucky. If it was Windows, a single philips head screw driver, maybe a copy of Windows from an Officeworks-type store and I would have been off – I’m pretty sure one of the random USB keys in my bag is Windows 7 64bit.

Things to do tomorrow – buy a 16GB USB key and make a new recovery key.

So it turns out you can create a USB key for 10.8 – but from what I can tell, it doesn’t include the OS. Just the fancy pre-boot to connect to the Internet.