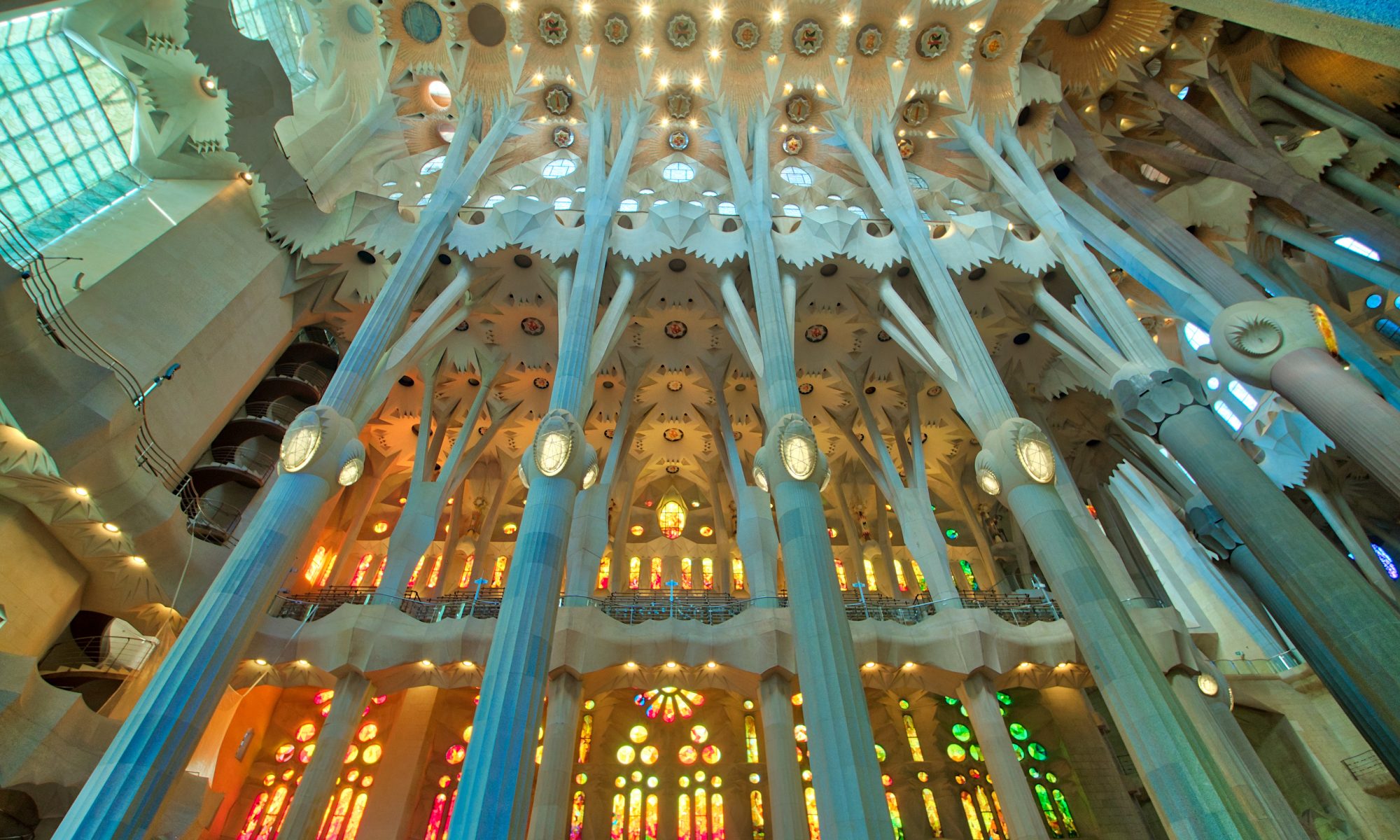 One of the places I was looking forward to seeing in Barcelona was La Sagrada Familia – one of the biggest basilicas in Barcelona. It’s that one that is still being constructed (stated in the 1800s) that is all lumpy on the outside and has crains all over it. It is a popular sightseeing spot. 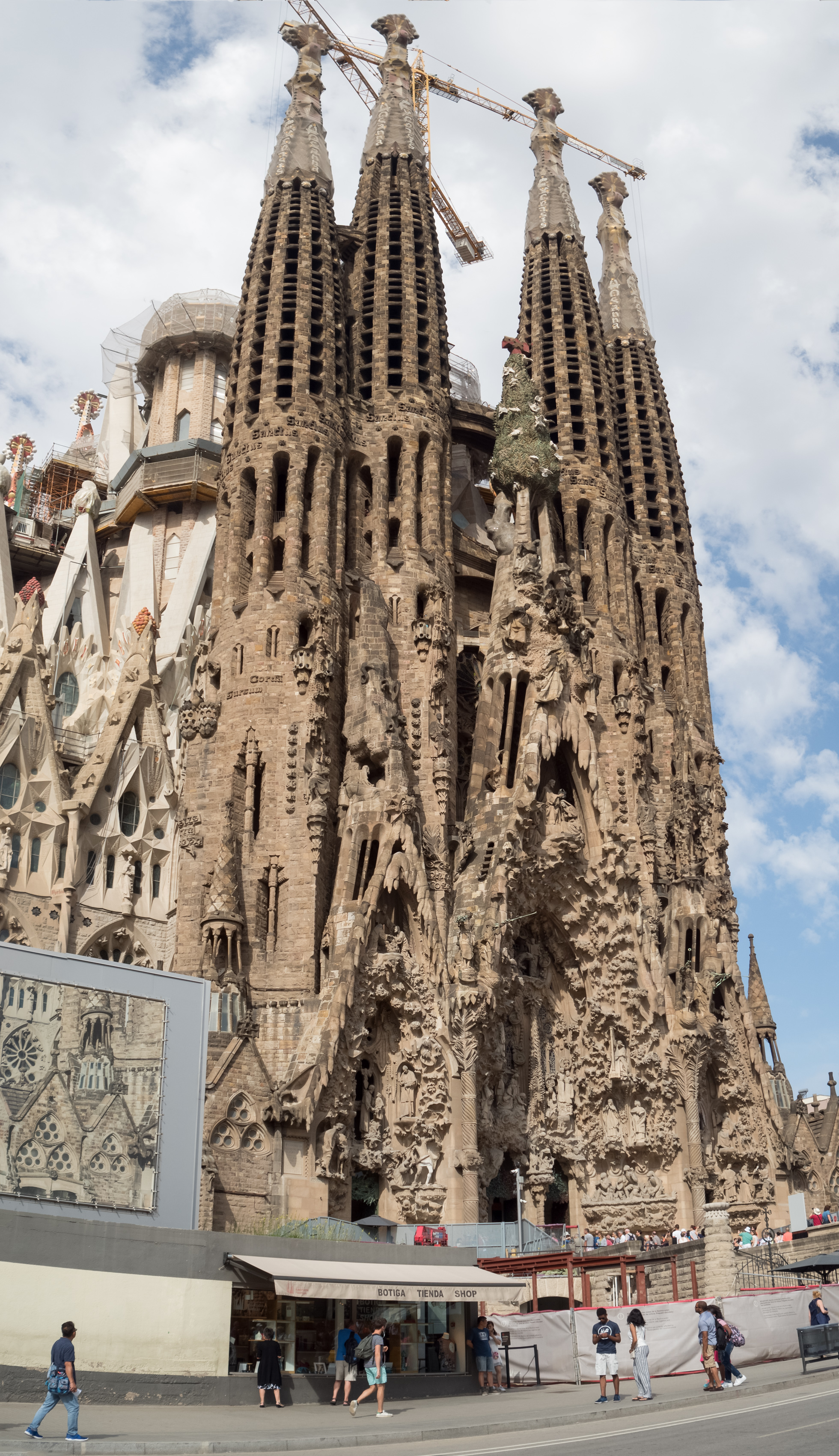 I headed out from our Airbnb towards the closest underground station following my phone. You exit the station just over the road from the entrance, where there is a permanent cohort of tourist looking up. 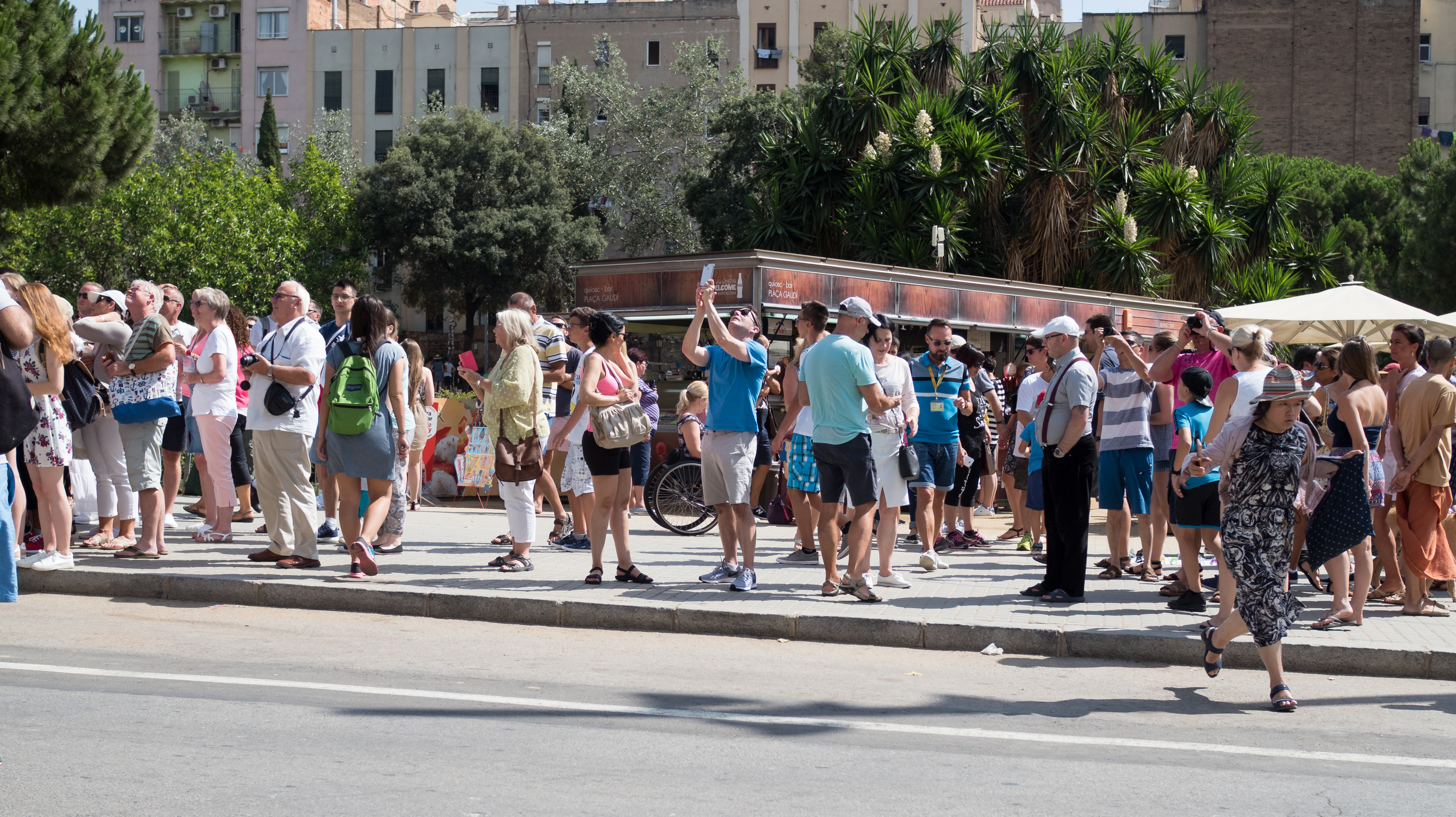 My ticket had a specified entry time, and I was a little early. I loitered with intent near the start of the queue for a ticket check and security scan. It was only just after 10AM, but it was already hot, not warm, hot. They had fans for the queue of people waiting to go in, some of them connected to hoses spraying mist over everyone. A helpful person asked to see my ticket and said I could go in now, there wasn’t a huge queue waiting.

Outside the entrance to the church everyone was milling around looking at the facade.

I had never seen inside La Sagrada Familia, only the photos from the outside still under construction with the brown stone and carvings. Walking inside it looks like a completely different building. It is simply stunning.

The inside has clean lines, white stone, and enormous pillars reaching up to the ceiling, towering above the polished floor. There are some light fixtures to light the space inside, but they are all overpowered by the enormous stained glass windows on each side. From the outside these windows are almost invisible. The light walls reflecting the different colours streaming in the windows. 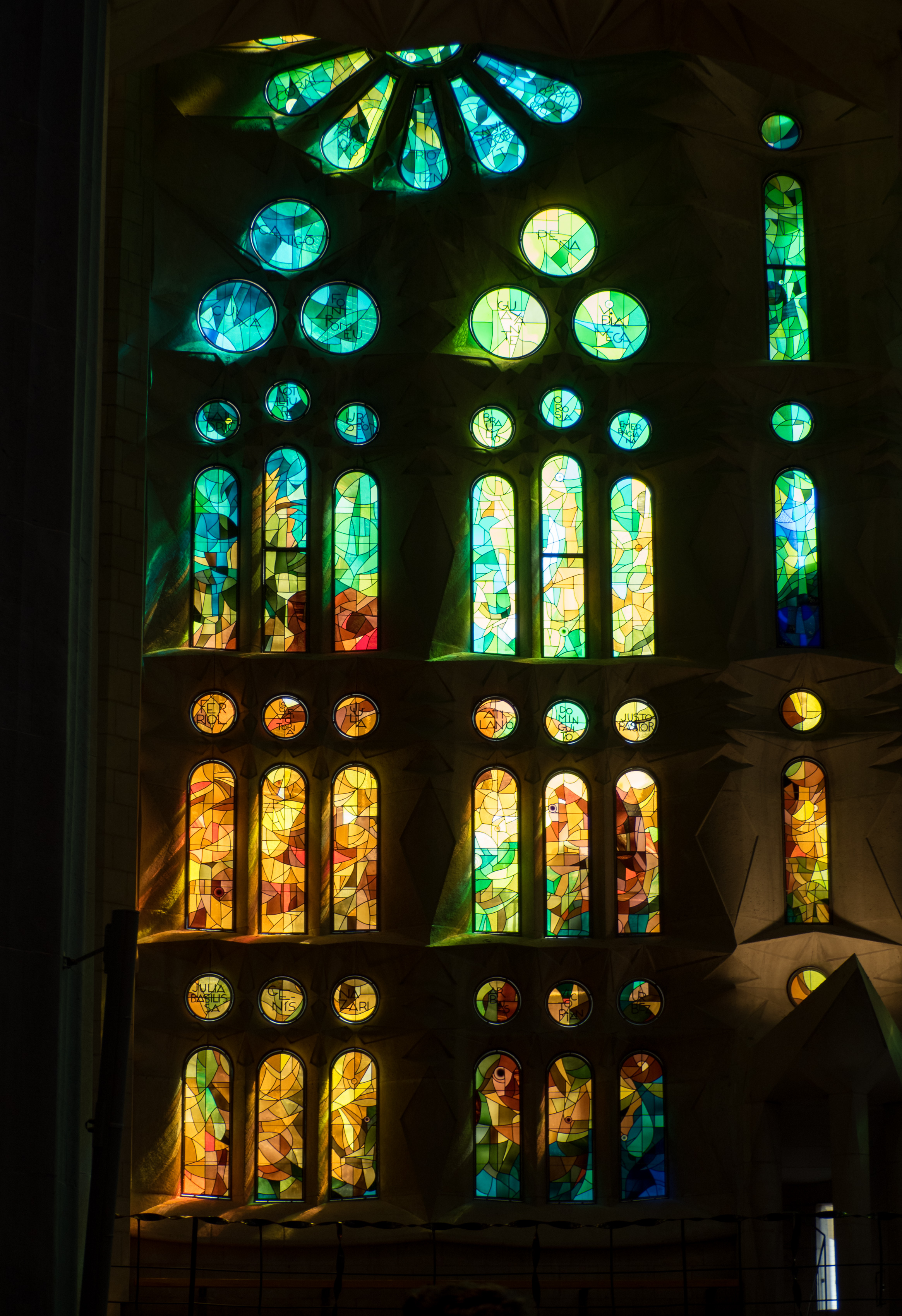 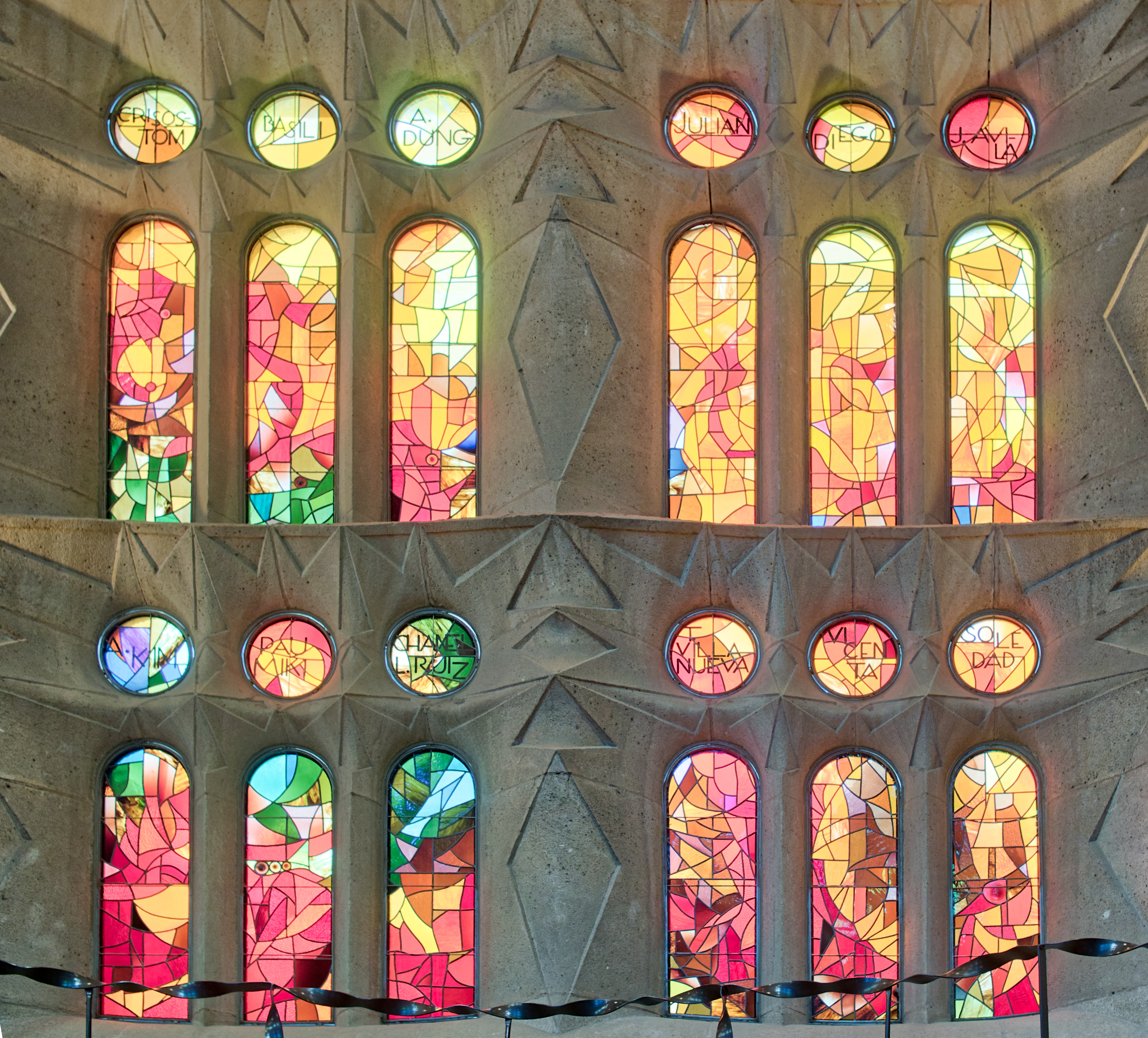 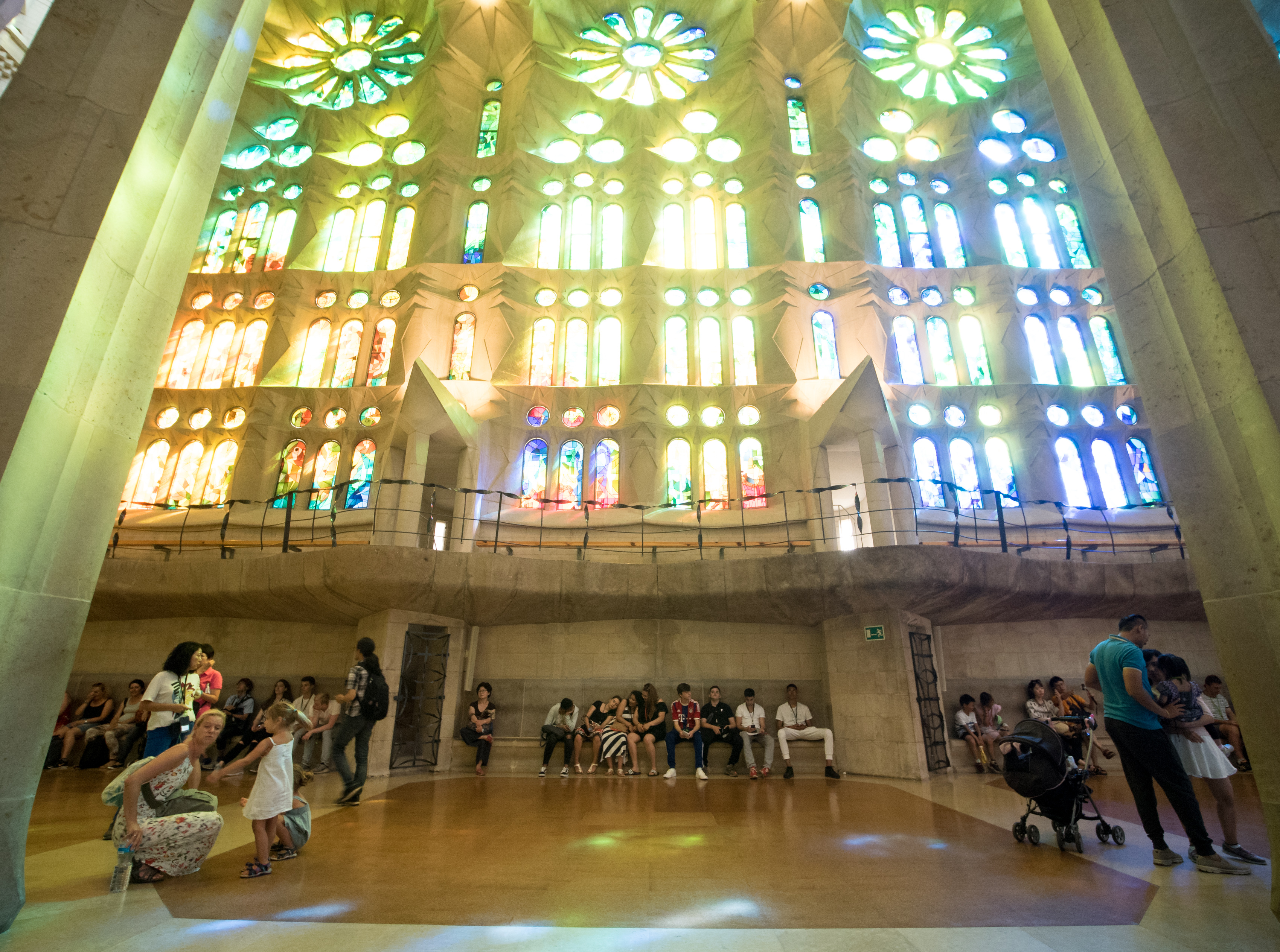 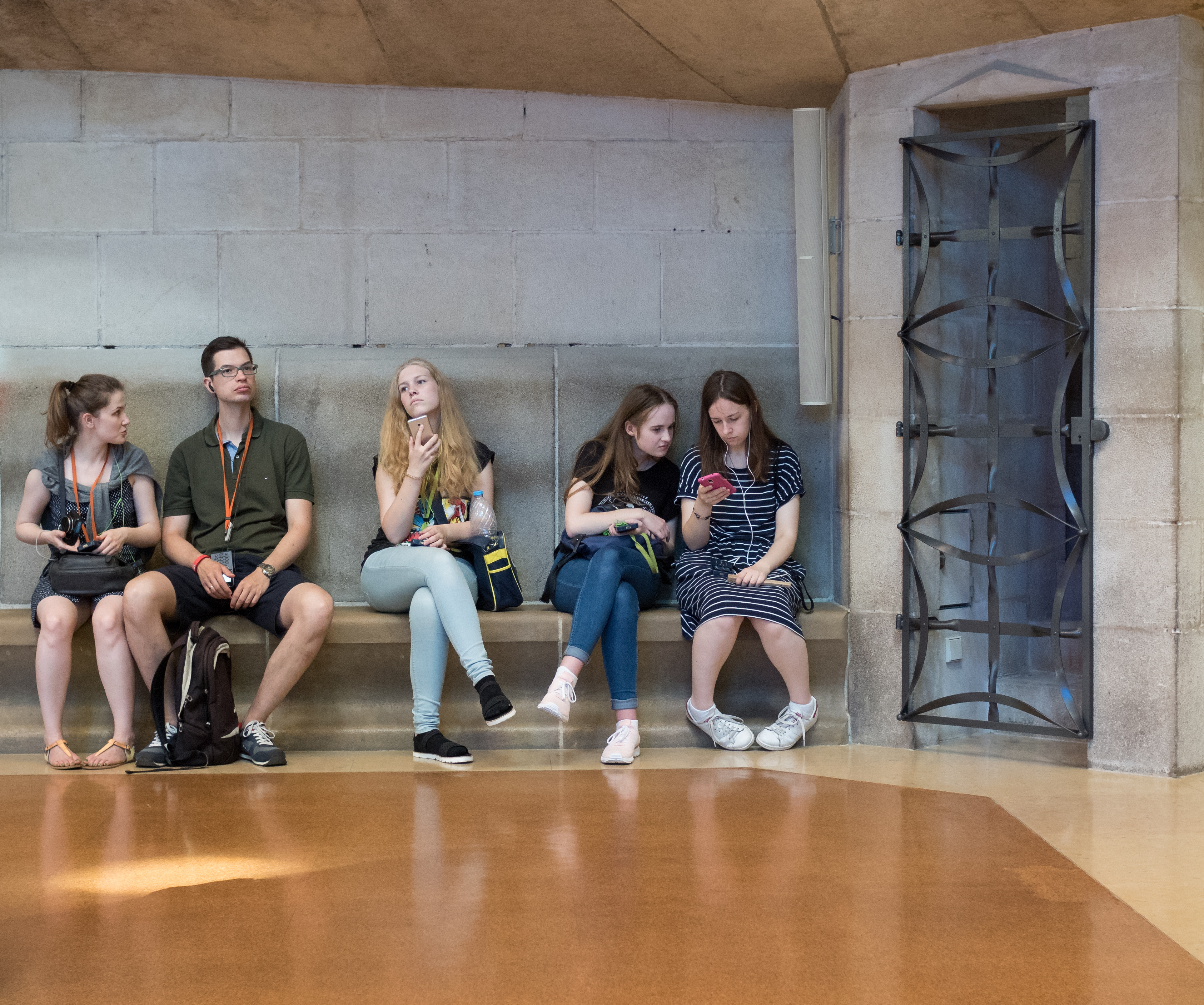 I slowly did a lap, constantly looking up, before making my way out the opposite side to what I came in on.

They then direct you back underneath the building. Underneath are a number of photographs of the construction over the years, and information on the architect, Antoni Gaudí. There was also a small workshop where they constructed small models or prototypes of parts of the building.

Emerging back on the side of the building where I first entered, the exit was of course through the gift shop.

I walked off down the street looking for something to eat and a train back home.