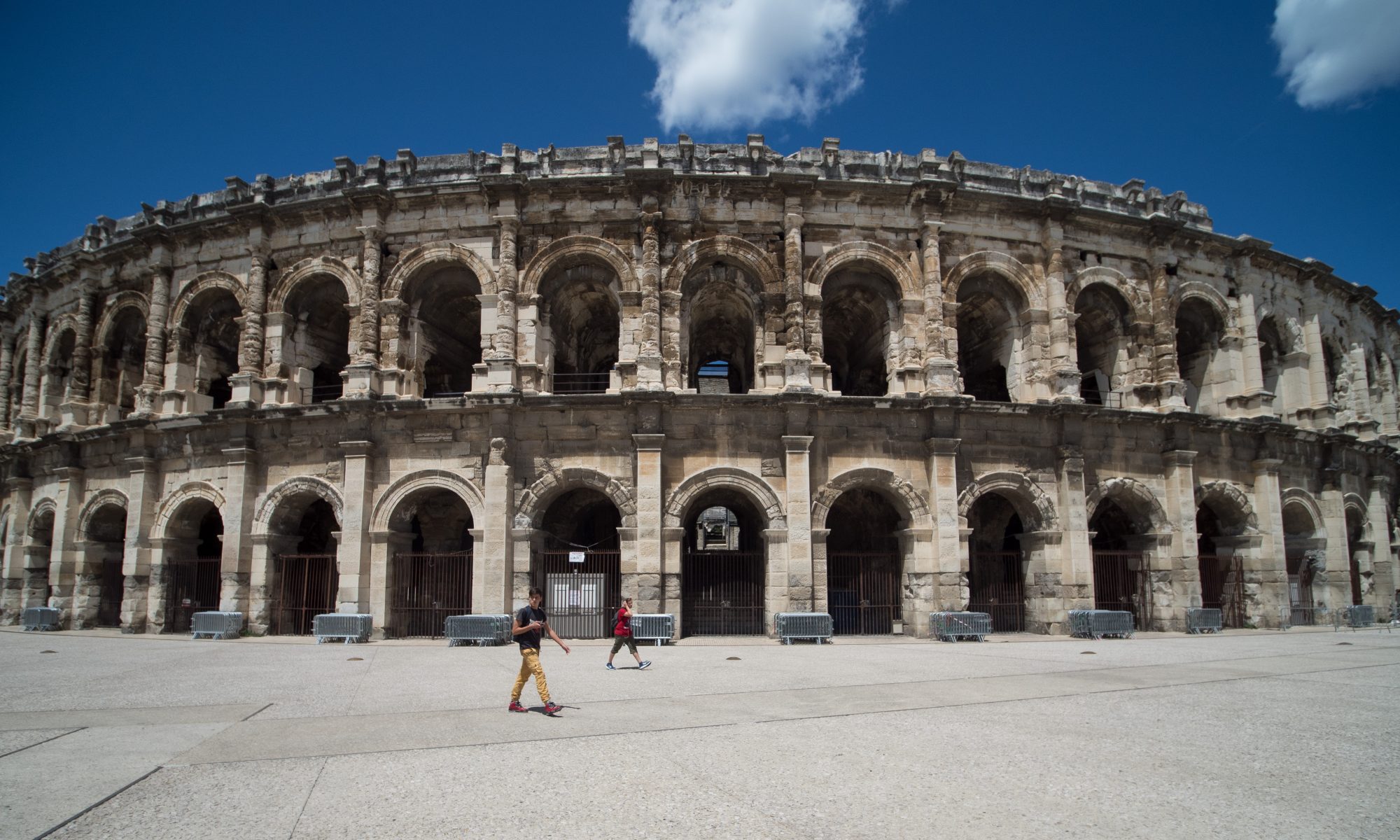 Our first day in France we spent in Nîmes. We caught a local bus from the hotel into town. There was some disagreement on what we could or could not buy in terms of tickets from the driver, so this ended up costing us nothing.

The first place we stopped at was Les Jardins de la Fontaine. The gardens were only from the 1700s, but there are two Roman ruins in the grounds dating from around the 1st and 2nd century. The Temple of Diana and the Magne Tower. Nîmes was an important outpost in the Roman Empire.

It was only about 10:30 in the morning, but it was already getting quite warm. We found a small street stall and all got a bottle of water, before walking off to find the next Roman ruin.

We walked through the narrow streets until they opened up onto the Maison Carrée. All around it are more modern buildings, but they don’t encroach into the square. 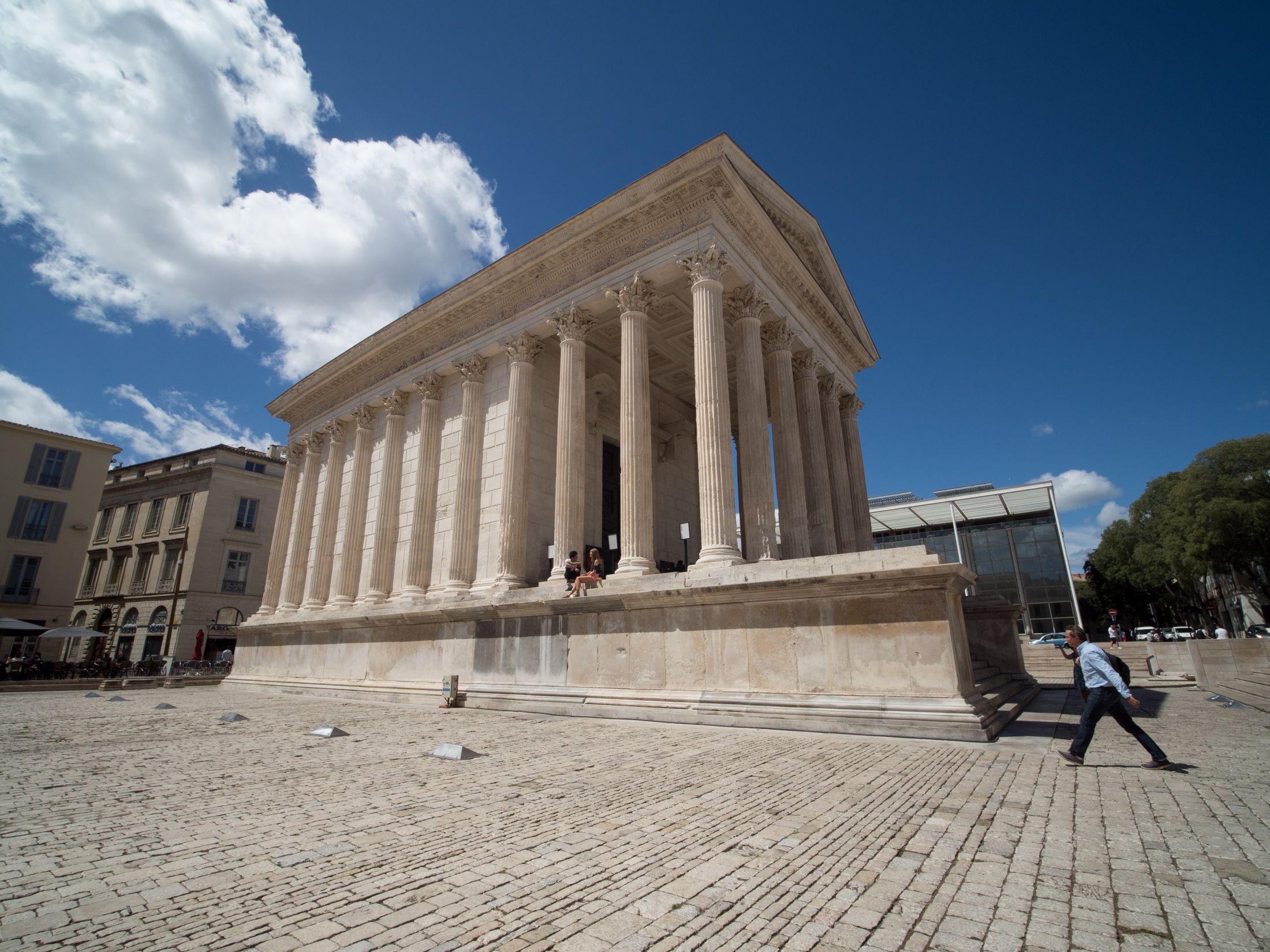 We walked up one of the side streets to get tickets from the tourist office. Inside the temple has been converted into a small cinema that shows a short film on the founding of Nimes as a Roman city. It follows the story of a Celtic family in the area, and joining the Roman Emperor’s army. 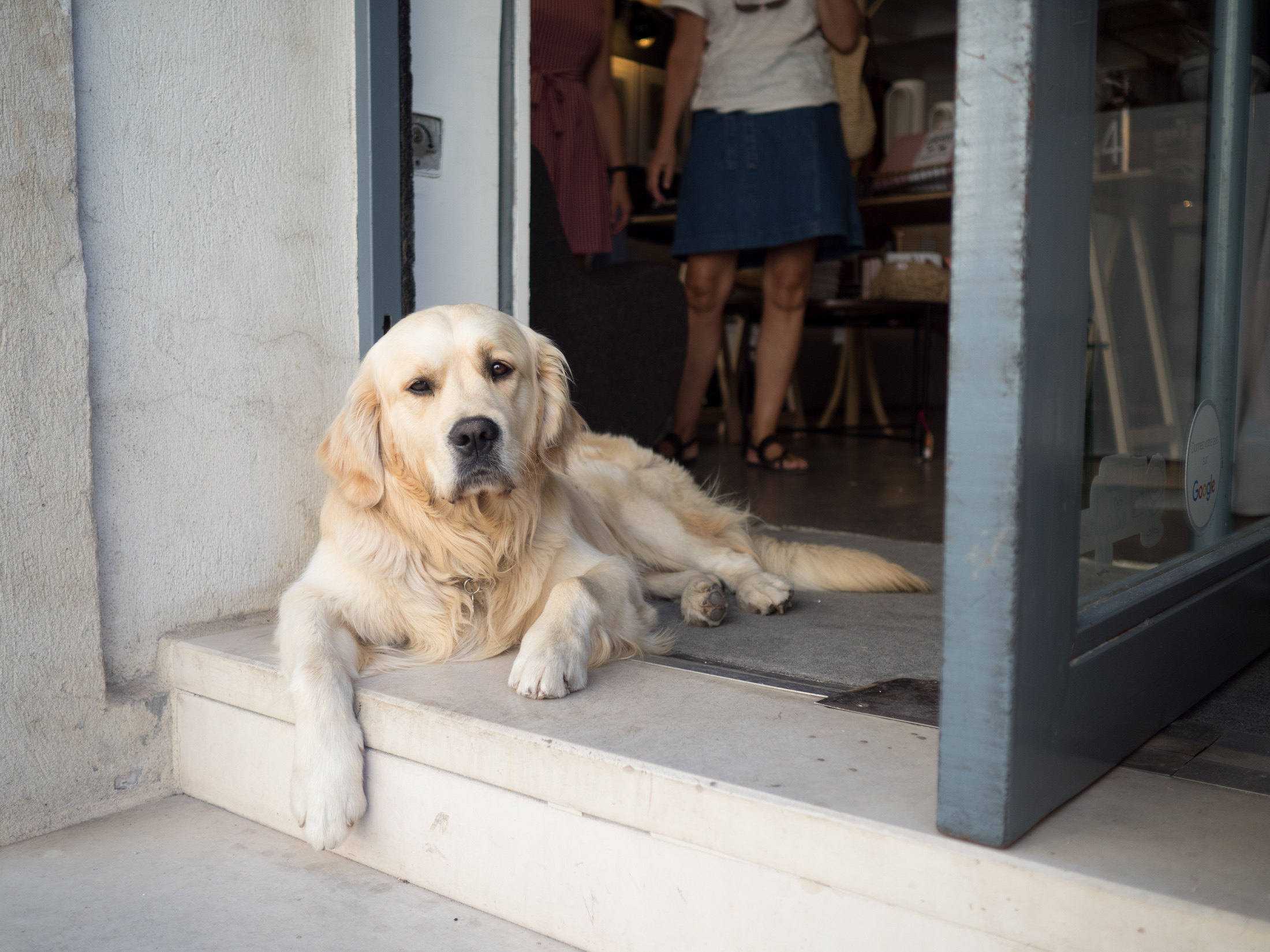 After the Maison Carree we walked slowly towards the arena, stopping in a couple of churches and museums. 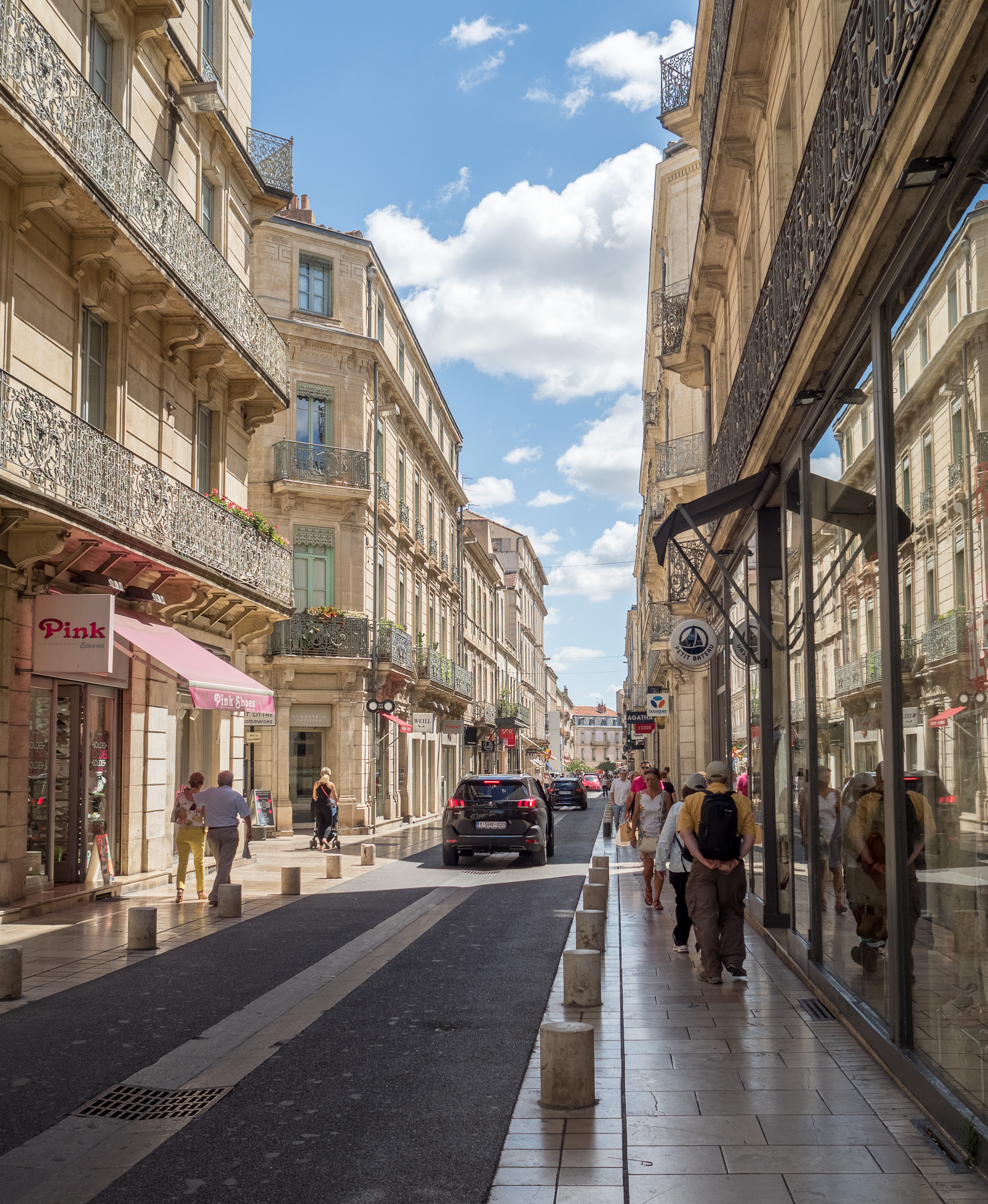 We eventually made our way to the Arena. Originally built in 70 AD it is over 1900 years old, and still in use today. Those Romans knew a thing or two about building things. 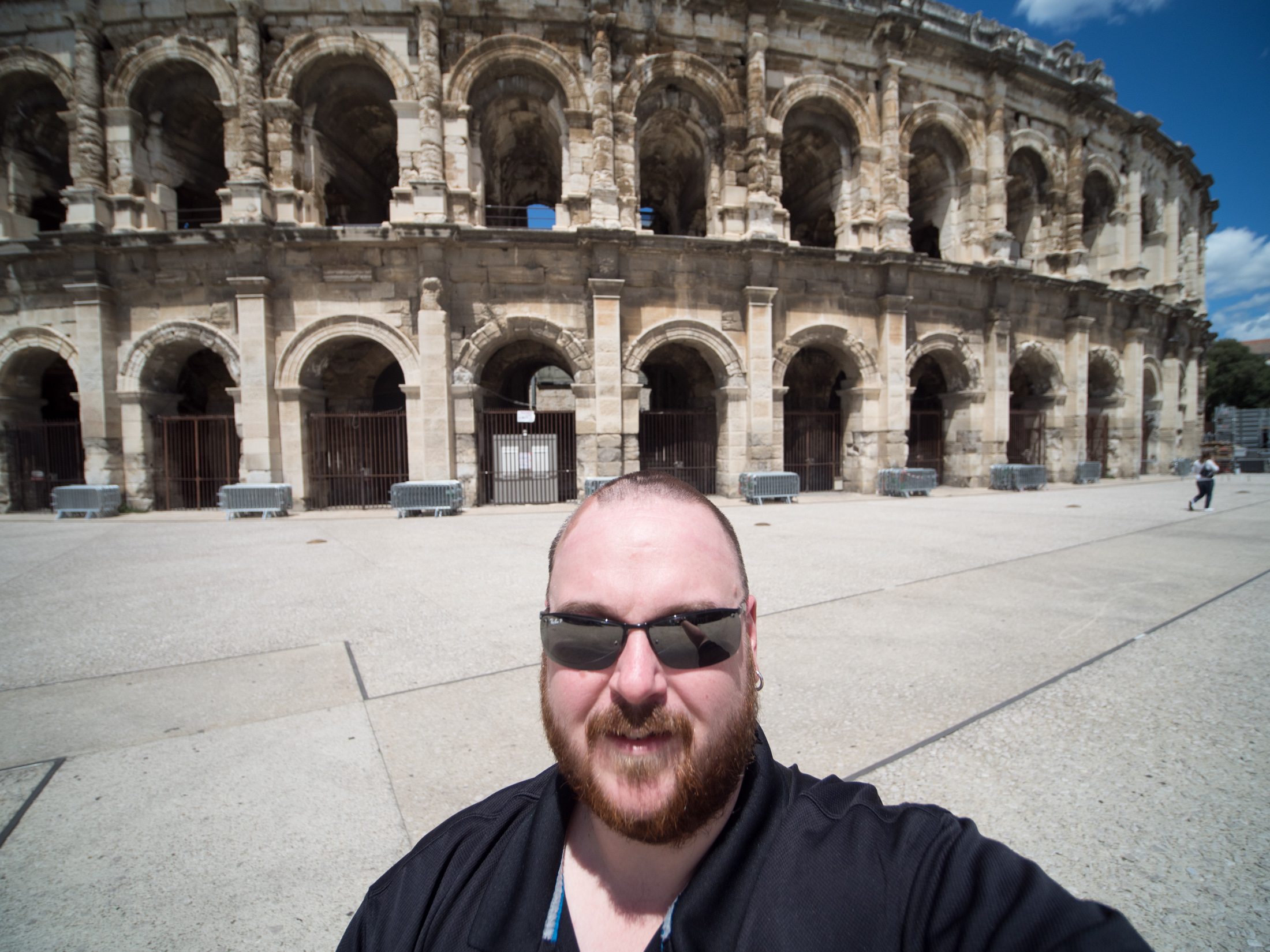 We queued up with our all access tourist passes from Maison Carree, got some audio guides that spoke 10 or so languages, and went for a wander, and a bit of climb. While the Romans knew how to put together an arena, they didn’t seem to care much for accessibility.

What I really like most about these sites in Europe is they still get used now. The Papal Palace in Avignon hosted a number of art exhibitions when we visited, and the arena was still used for concerts, and most recently the first stage in La Vuelta Espana, with part of the time trial course going through the arena.

You also got some pretty impressive views of Nimes from the top.

After doing a lap of the arena we headed back towards the town square looking for a late lunch. We found a little cafe on the edge of the square that made amazing crepes, and a really good coffee. It wasn’t in Foursquare or Google Maps, so I quickly remedied that.

From here, mum and I walked down the boulevard towards the station to try and workout how to get the bus back to the hotel. 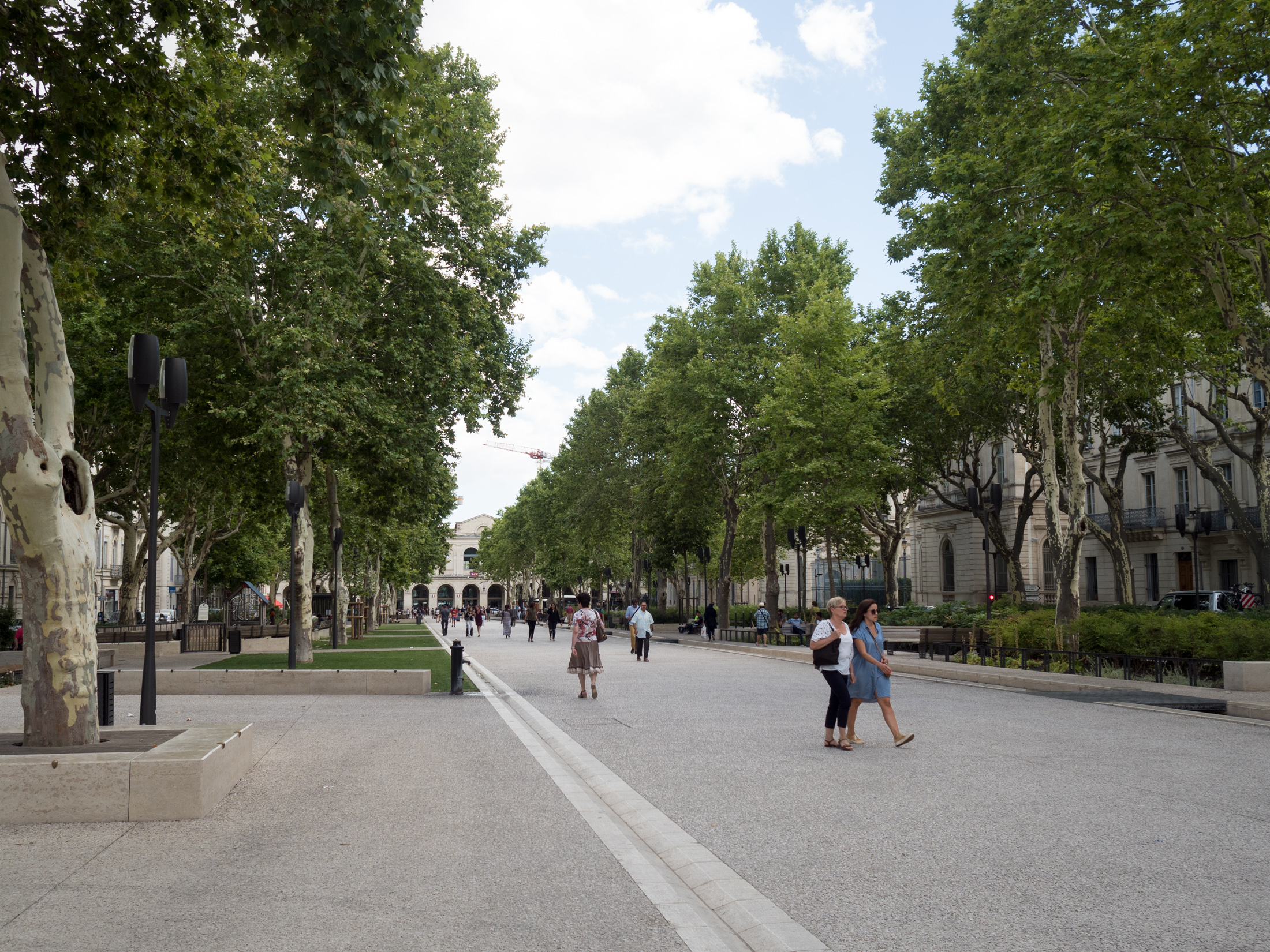 After a rocky start, France was starting to look up. It was a great day, and Nimes is a wonderful city to walk around and explore.