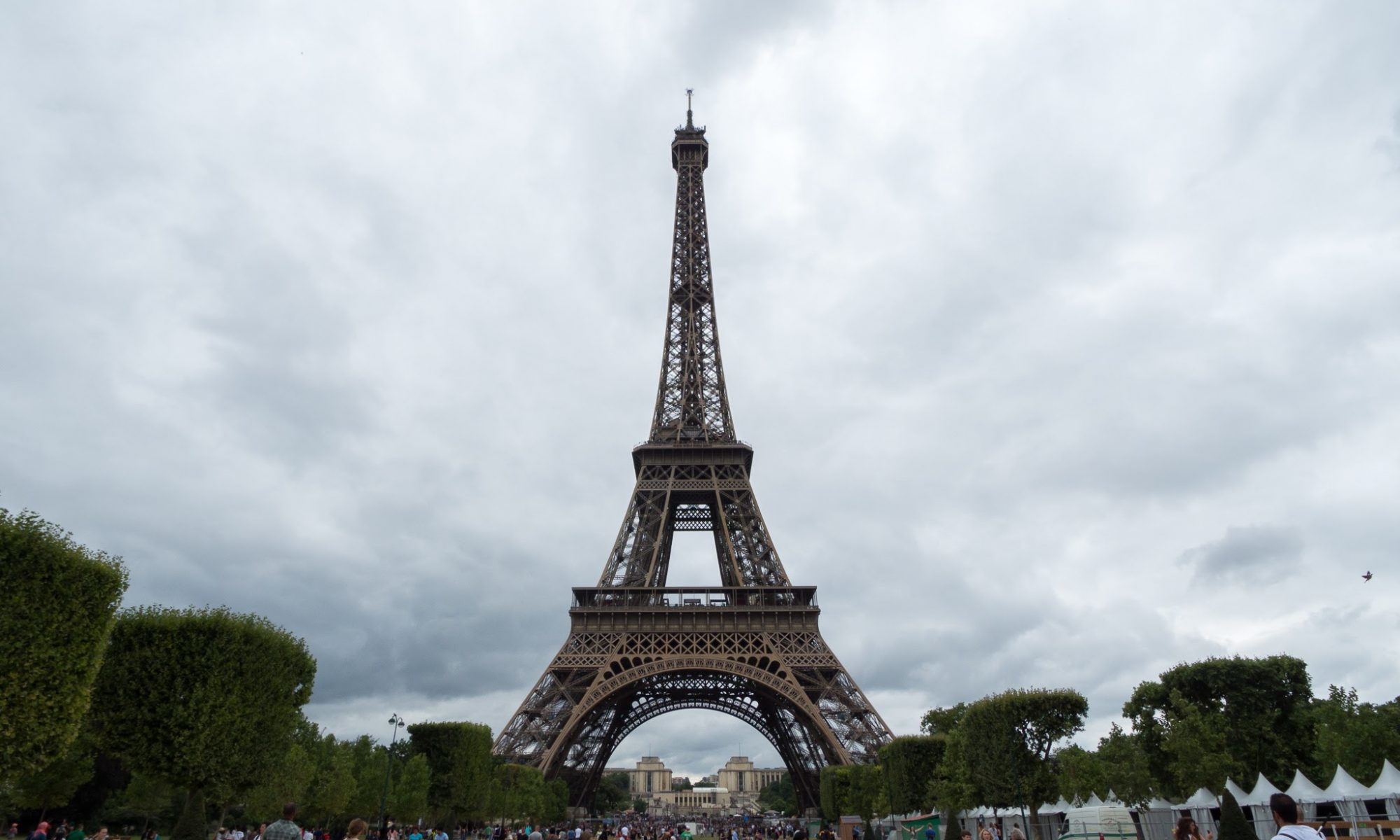 During my last trip to Paris I was still recovering from something I had eaten about a week before in Hungary, and it was at the end of a long trip. Our hotel was a little “boutique” thing we found on wotif, it was quite nice, but it wasn’t in the best area, within a couple of minutes of Gare du something. I think it was Nord, mum thinks it was Est. Either way, it wasn’t an area we wanted to be out in at night. Still, last trip I did enjoy quite a lot about Paris. I loved the museums, including The Louvre and Musée d’Orsay. I really enjoyed walking down the Seine past the book sellers, and Versailles – seeing that place it is no wonder there was a revolution.

But, I didn’t enjoy the constant harassment from hawkers and coloured string sellers. Outside Sacré-Cœur while I was trying to get away from someone selling coloured string there was a small turf war. One group of hawkers quickly vanished into side streets as another group ran in screaming “Don’t give them any money, this is OUR AREA!”

We tried to see the Eiffel Tower, but it was pouring with rain, and there were police and military (camoflauge outfits, assault rifles) officers everywhere. It was late, and I was trying to set up a tripod under an umbrella. We decided that we had seen it, and we left back to the hotel.

Getting around Paris isn’t too bad, but when during our last visit there were major works on the metro, and a number of lines were closed. There were very helpful people at the stations though who would write down all the changes you needed to make to get from A to B, via C, D, and E. This time, there were works on a number of metro lines, and again we weren’t able to get from A to B without going through C, D, and E. But, again there were some people at the stations to let you know how to get to where. It is a good thing the Paris Metro is built like a mesh network with redundancies built in, but you could find yourself walking quite a long way to get to a station.

Of course, all the white tiles in the metro have clearly confused a lot of users who have mistaken it for a public bathroom. The smell in the Paris Metro is unmistakeable. In summer when it gets warm, the smell doesn’t get any better.

This time we did make it to the Eiffel Tower, and had a proper look around. The string sellers there were even more confronting. I kept walking and politely said “No thanks” to one who grabbed my shoulder and asked “Why are you being so disagreeable?”. Why was I being disagreeable? I wasn’t the one grabbing people. I was polite with my refusal to have string tied around my wrist.

The hawkers have added a new item to the their wears, selfie sticks. Along with the little models of the tower, if you have a phone that isn’t in a selfie stick you will be told you need a selfie stick. I repeatedly told them I wasn’t interested, but I did consider getting one to use as a self defence weapon.

I managed to get away fairly scot-free, but my dad was talked into signing a “petition” for something or other, and gave a couple of Euros to them. At least he then was able to honestly say “No, I’ve done that” to anyone else who asked.

While waiting for a bus there was a flurry of movement out of the corner of my eye. All the hawkers were rapidly wrapping up the cloths they had laid out on the pavement with trinkets on to sell. The Gendarme were on their way.

I’ve tried Paris twice. There are some really nice places, and some not so much – like anywhere. Just not sure I feel the need to ever visit again. If I go back to France it’ll be to other areas I haven’t visited.