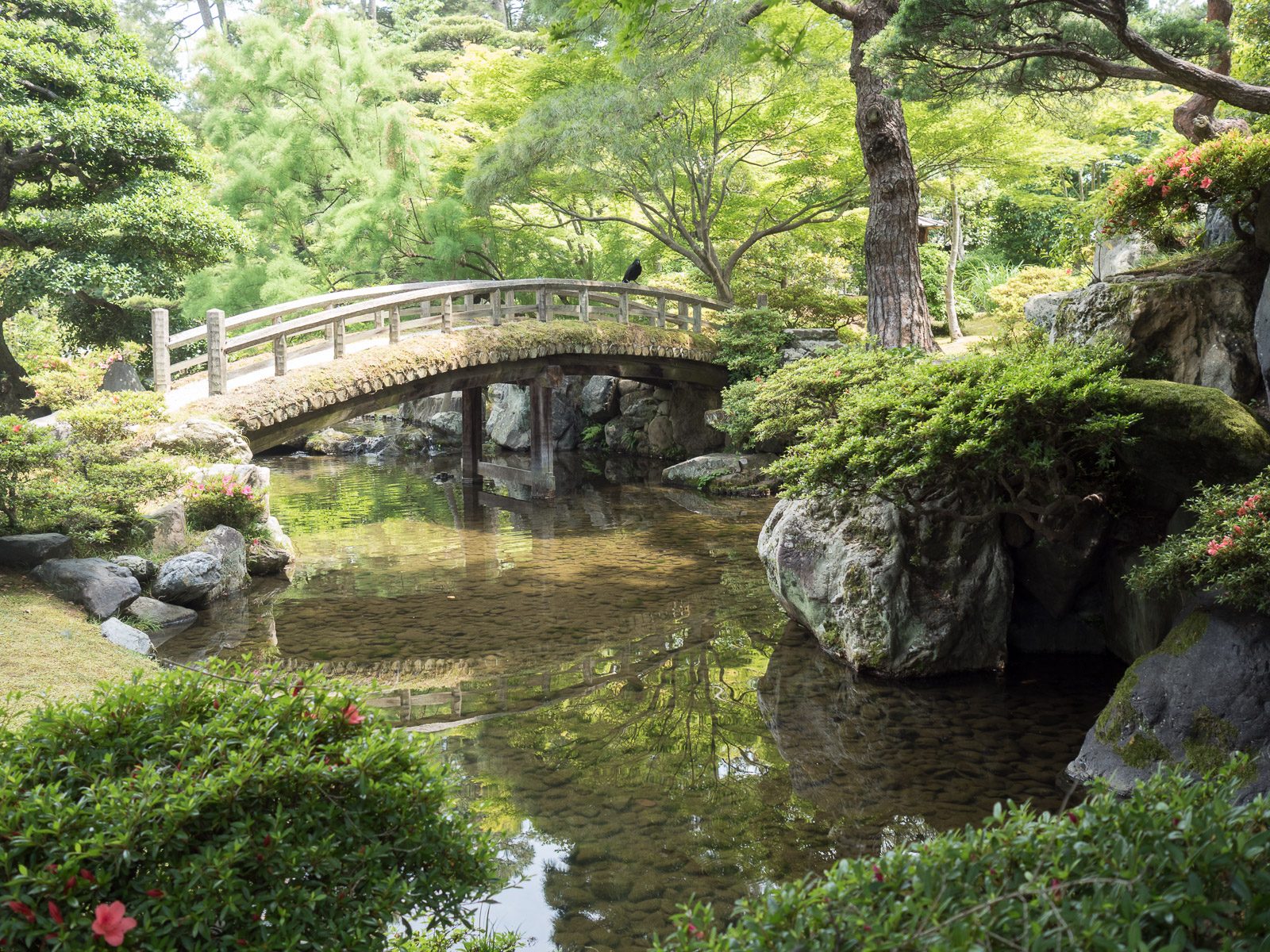 At our first day in Kyoto we went to the Imperial Palace only to find that we needed to book a tour at a specific time. As soon as this happened I of course remembered that this is exactly what happened last time I was here. 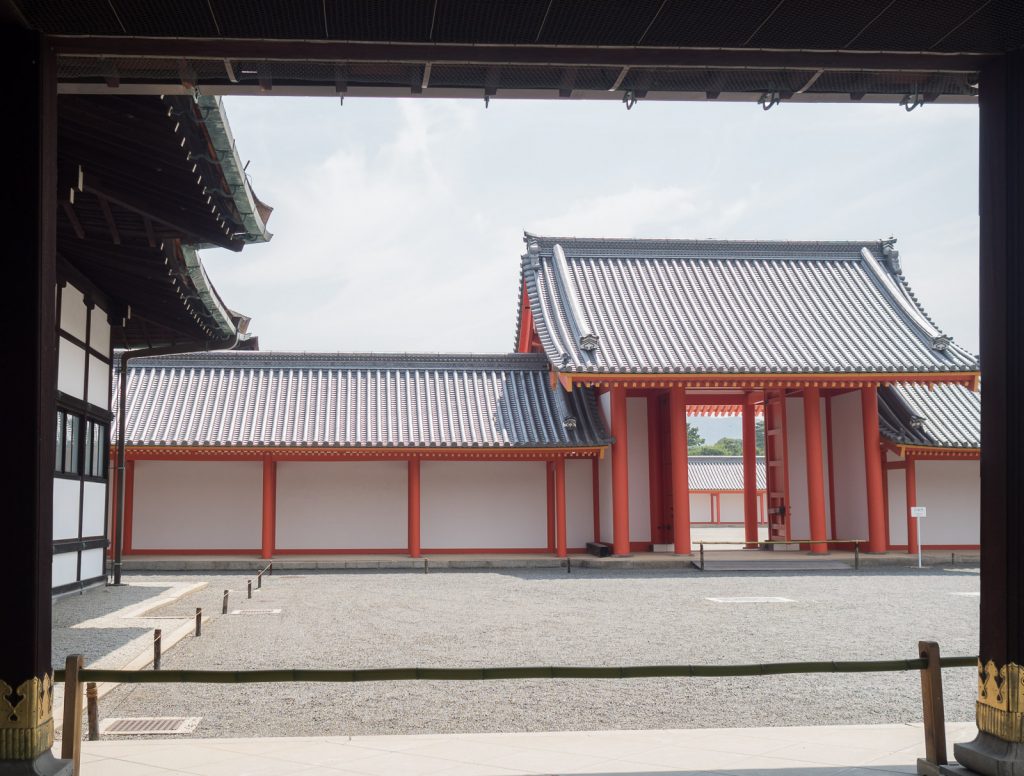 We arrived before our allotted time and waited outside the gates to the palace with the rest of the tourists. Our guided tour was to be in English, but there were tourists from a lot of places. There were people speaking Italian, Spanish, and maybe Portuguese – quite a few people from South America, as well as some Chinese. 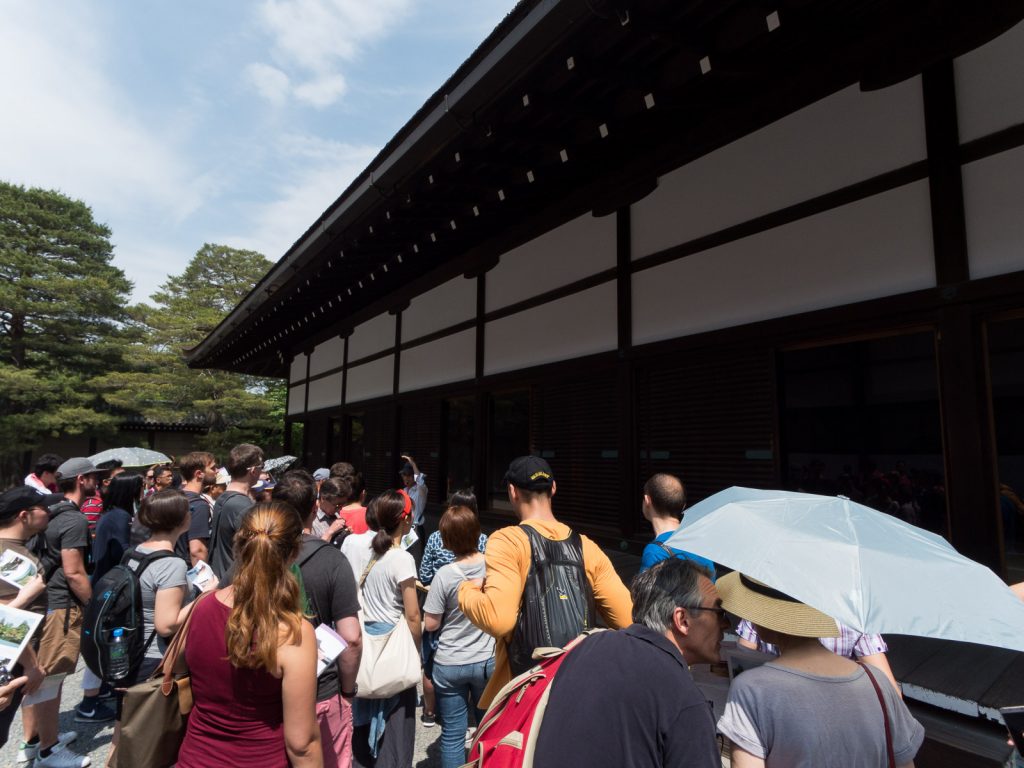 After the police (officers in official looking uniforms) opened the gates for us to enter our passports were inspected and we were then directed to a hall where we watched a pre-recorded video on the palace and Kyoto as a former capital of Japan. The tour group before us returned and we were then on our way.

It was just after 10 in the morning, but it was already quite warm, and the sun was intense. We walked around the outside of the palace, and when we paused to hear about what we were looking most of the group huddled in the shade of anything they could. 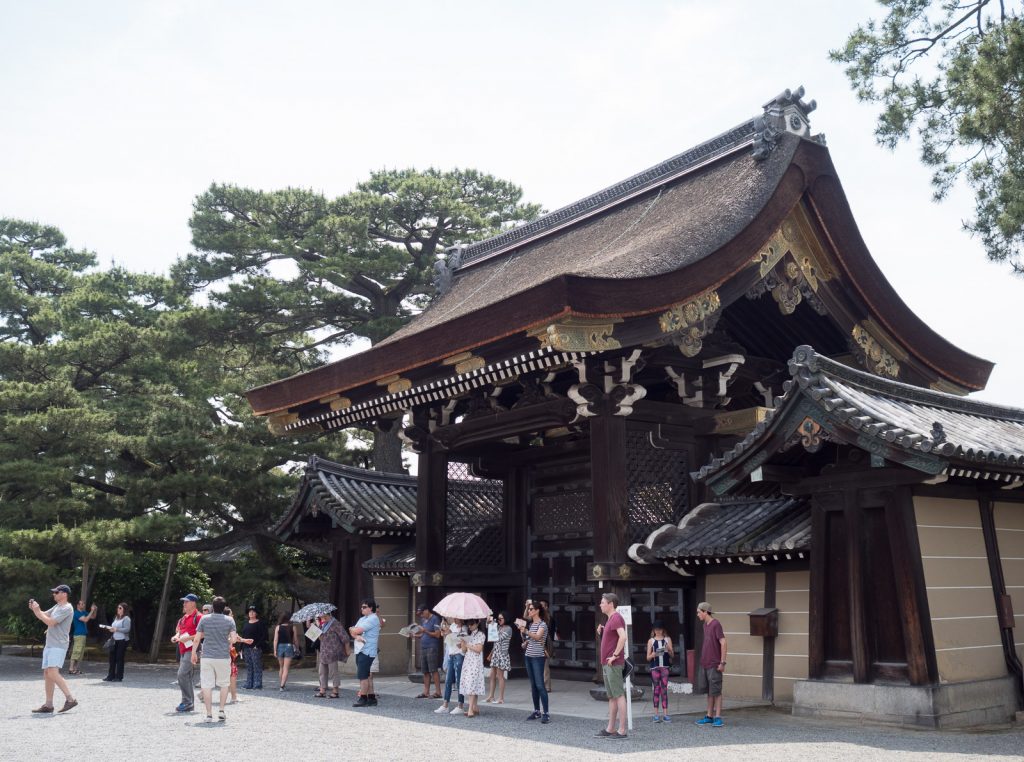 After completing most of a lap of the palace grounds looking through the gates – each of which had a very specific purpose, most of which seemed to be ‘being a different gate depending on your standing in the court’ – we were taken into the inner grounds of the palace through the gardens.

NOT a thatched roof