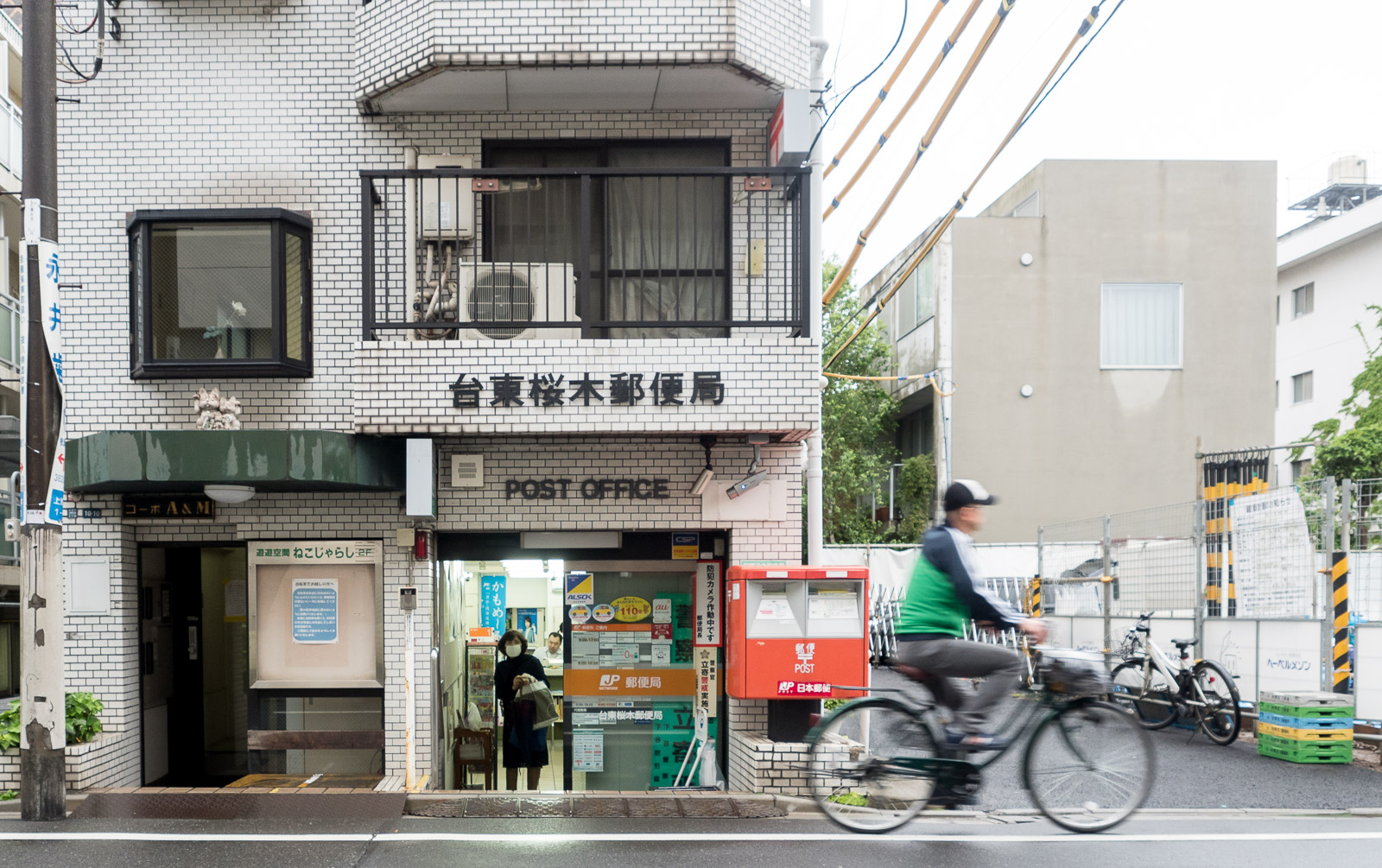 One of my favourite things to do travelling is walking around cities, and Tokyo is a great city to walk around in. There are so many subway and local train stations that you can walk in almost any direction and just end up at another station and catch a train back. When I visit Melbourne or Sydney I enjoy walking around the cities. I tried it once in Canberra, but the city area isn’t an overly interesting place to walk around.

After visiting the the Tokyo National Museum we set off in some slight drizzle following the directions on my phone looking for a bike store nearby I wanted to visit. It wasn’t too far from the museums, and while we could have tried to take a couple of busses or trains, walking is a great way to see Tokyo.

While Japan is well known for huge companies and conglomerates, there are lots of small businesses. Many of the small business are suppliers to the large conglomerates, but there are also a lot of craftspeople creating bespoke pieces, or handcrafted bikes. While the cities are built out of steel and concrete there are still carpenters building homes. Walking around the streets there are small restaurants, bars, and other businesses like hairdressers and music schools, just next to regular houses. One of my all time favourite YouTube videos ever, the ELP Laser Turntable by ELP.

While Canberra is rather unique in its highly planned layout, I can’t think of many places like Tokyo with a mix of housing and commercial properties all piled in on top of each other. Walking around the streets of Richmond in Melbourne there are hardly any retail or commercial places just one street back from the main road.

Found this guy in a junk shop, I assume the axe was used for preparing chickens.

I need one of these for my garage.

Boss coffee on a suburban street

Raincoat and a motor banned by the UCI

One of the things I love in Japan are all the different types of bikes,  everywhere. There is the family SUV equivalent, including electric assist, which is like a turbo station wagon.

Another popular type of bike in Japan I really like are mini velos. Road or city bikes with 16″ or 20″ wheels. There are quite a few variants including touring bikes.

I want one of these frames

A quick Google and I found Tokyobike. I was interested in seeing how much a mini velo would cost to take home, and if it would be possible to ship a bike or even just a frame back to Australia.

They wouldn’t sell me a frame.

Unfortunately they don’t ship bikes internationally, it might have been possible to simply walk it around the corner to one of many post offices and tried to post it myself, but after talking to them for about 4 minutes it transpired that there was of course a Tokyobike store in Australia, in Melbourne. So, any ideas of getting a frame or a bike and shipping it, or even fitting it in my suitcase seemed like too much effort. I did find some shoes I was interested in, but they didn’t have my size, though they did give me directions to their other store in Tokyo that did.