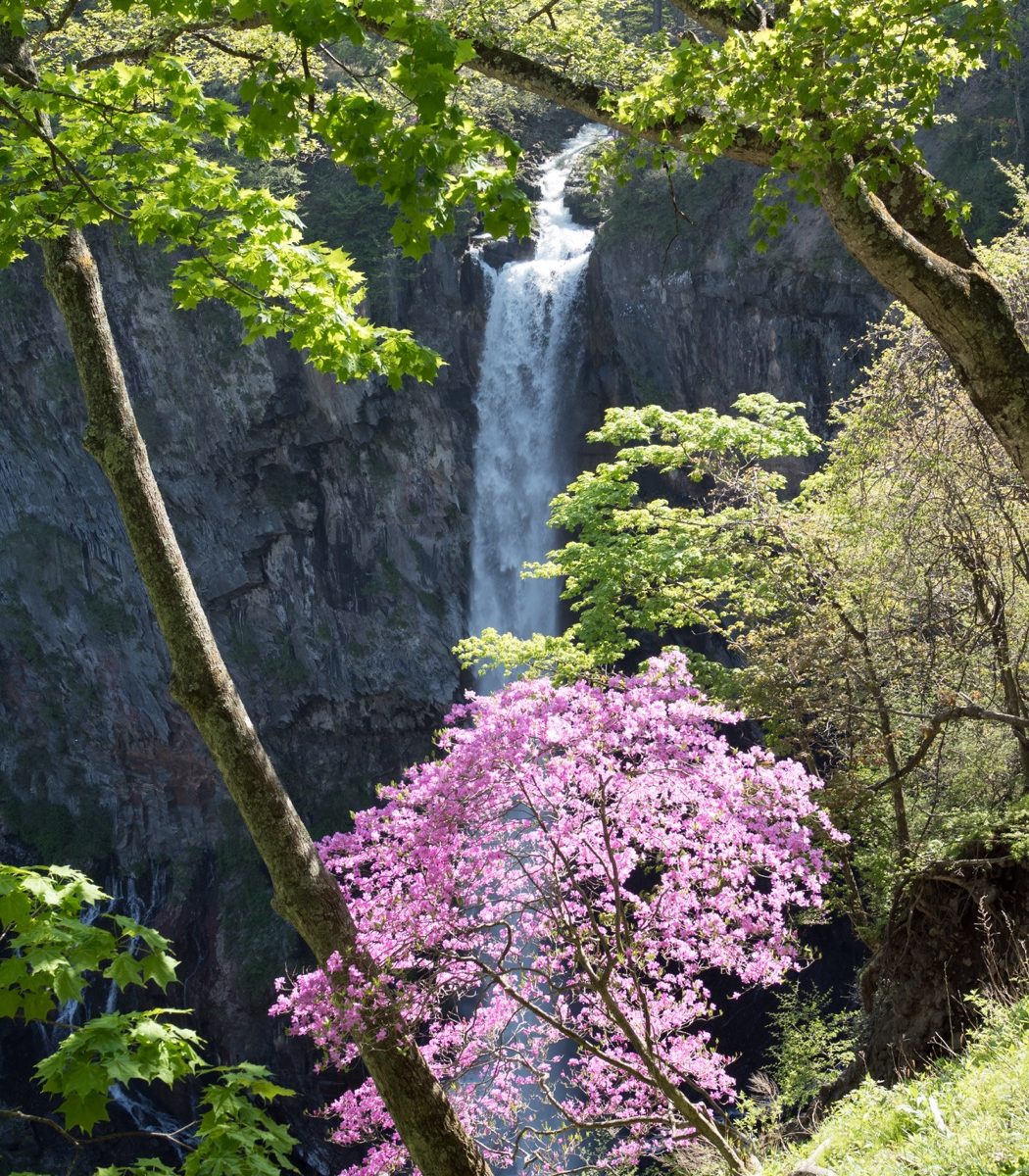 There were two day trips we planned to do from Tokyo while we were there. One to see Mt Fuji (but not go to Mt Fuji) and one to the north to Nikko National park. We thought that we should be able to do the Mt Fuji trip ourselves on the trains, but the Nikko one would have been a little more complicated, and decided to get a guided coach tour for that. The tour group did hotel pickups from Shinjuku, but not ours. I’m not surprised I wouldn’t want to try and get a coach through the tiny street it was on. I rang them up to confirm the pickup location at Shinjuku Station, the hotel phones didn’t dial external numbers so I used Hangouts on my phone.

How to connect to the Wi-Fi

It was a fairly early start to the day. We had greatly overestimated the time it would take us to walk down the road to the bus stop. We were the first there, but a few others soon joined us. The pickup service wasn’t just for the Nikko tour, most of the others were going to Mt Fuji. The first bus trip was through Tokyo to a bus terminal, where we exchanged printed vouchers for stickers to go on our shirts, the first sign we were travelling like Japanese tourists.

There were two busses going to Nikko, with two guides. We were on bus 1, a point our guide was a pains to ensure we remembered. On the coach we had assigned seating. The guide had a list of us, and who was doing what. There were a few variations on the tour, lunch included, staying over night, returning on the train. The coach wasn’t full, so one of the guests sitting in the same row as us moved seats after we left the terminal. This cause a recount of guests quite a few times. “7A moved to the back.”

Once we were moving they passed around a printout with the Wi-Fi password for the bus, before playing a short anime film on the TV that told everyone the Wi-Fi password. I had of course brought my own Wi-Fi and was happily going through photos from the previous days on my iPad, while staring out the window.

I was prepared for a couple of hour bus ride and had my iPad, iPod, batteries, and Wi-Fi all ready to go. The tour guide was busily checking who was having lunch, and taking us through the entire history of the Nikko area and where we would be going. There were a number of things to see in Tōshō-gū and we wouldn’t have time to see them all, and the guide was trying to tell us that we would only have time for 4 or 5 out of the 6 things to see – assuming we kept with the guide. Before we got off the bus she handed out little walkie talkie things, so she could talk to all of us while we walked around Toshogu, the Shinto shrine in Nikko. This was the second sign we were travelling like Japanese tourists.

We all piled out of the bus, and walked down towards the entrance to the shrine. The bus parked in a carpark for a different shrine because it was significantly cheaper. The little voice in our ear kept telling us to keep moving and where to go. There was a large 5 story pagoda that we barely got a moment to see before rushing the gates of the shrine itself. Orders were being barked into our ears as we were ushered through, the stickers on our shirts serving as our tickets. We got inside and stopped, causing a traffic jam behind us as our guide starting telling us about the place. Between dodgy radio signals and a strong Japanese accent I soon tuned out of the commentary and just enjoyed walking around and taking photos. Eventually I disconnected from the hive-mind and headed up a series of stone steps to the top of site with the tomb of Tokugawa Ieyasu.

After we finished up at Tōshō-gū we headed back towards the bus and our lift to lunch. Lunch was in a restaurant with a number of other tour groups. Each place was laid out with a number of dishes cooking above tealight. On the bus our guide had taken us through all the dishes we would be having, and reminding everyone that the meat should thoroughly cooked before we ate it. On a previous trip some tourists had eaten raw pork and been quite unwell afterwards. After lunch we exited via the gift shop. This was probably the 3rd hint we were travelling like Japanese tourists. I went for a wander around town and managed to spot a Giant mini velo with clip in tri-bars. We piled back into the bus and set off towards our second stop of the day, Lake Chūzenji.

Found a use for the cup holder

It might not be clear, but this is a Giant mini velo with tri-bar clip ons. No, really.

They are handy for resting your helmet on.

This stop was a quick one, only about 5 or 10 minutes. We all lined up along the edge of the lake taking photos. There was a single cherry tree with a few blossoms still on it. The guide was very excited and immediately shifted into photographer mode, running up and down ensuring everyone had a photo of themselves with the tree in the background. We were then quickly ushered back into the bus for the drive to our final stop.

Going up the switchbacks up to Kegon Falls.  the guide explained that there were 48 switchbacks on this route, once more than the 47 prefectures in Japan, this information would prove useful in a couple of days when a guide in Tokyo would ask the group how many prefectures there were in Japan. As we went up the guide was also trying to teach us all Japanese, explaining how the Japanese characters are made up of two syllables, a consonant and a vowel. There are limited sounds in Japanese (one of the reasons they don’t have ‘v’ or ‘l’ sounds), so they use a lot of Chinese characters to make it easier to understand. Though, the Chinese characters are not pronounced the same as they are in Mandarin or Cantonese.

Again this stop was fairly quick, less than 30 minutes to look around and get some photos of the falls before we were all back in the bus to head back to Tokyo.

On the ride back the guide let us know that there was a 15km traffic jam on the freeway, which was nice, and we’d be stopping for a while at a rest area, hoping that the traffic would clear, we weren’t the only ones. There shops were quite busy, as we hunted for food and drinks. Dad and I managed to find a van selling some pie things with potato and curry in them. After some pointing we managed to get something to eat. They had to get out of the pie van to see exactly what we were pointing at. Once we were on the move again our guide set to work keeping us entertained by teaching us a song in Japanese. Again, I was expecting to sit on a bus for a few hours each way, and just wanted to go through photos on my iPad.

The best menus in the world

In the subway under Tokyo you can buy most things most times of the day.

After we go back to Tokyo the bus dropped us at Shinjuku. We headed to the station to find something to eat, preferable somewhere with pictures to point at. We then walked back to the hotel through the subway from Shinjuku to Shinjuku chome station, the next stop on the subway. I didn’t mind travelling as a Japanese tourist. It would have been nice to have slightly longer at each of the places we stopped, but in the end it was probably just enough time to look around.