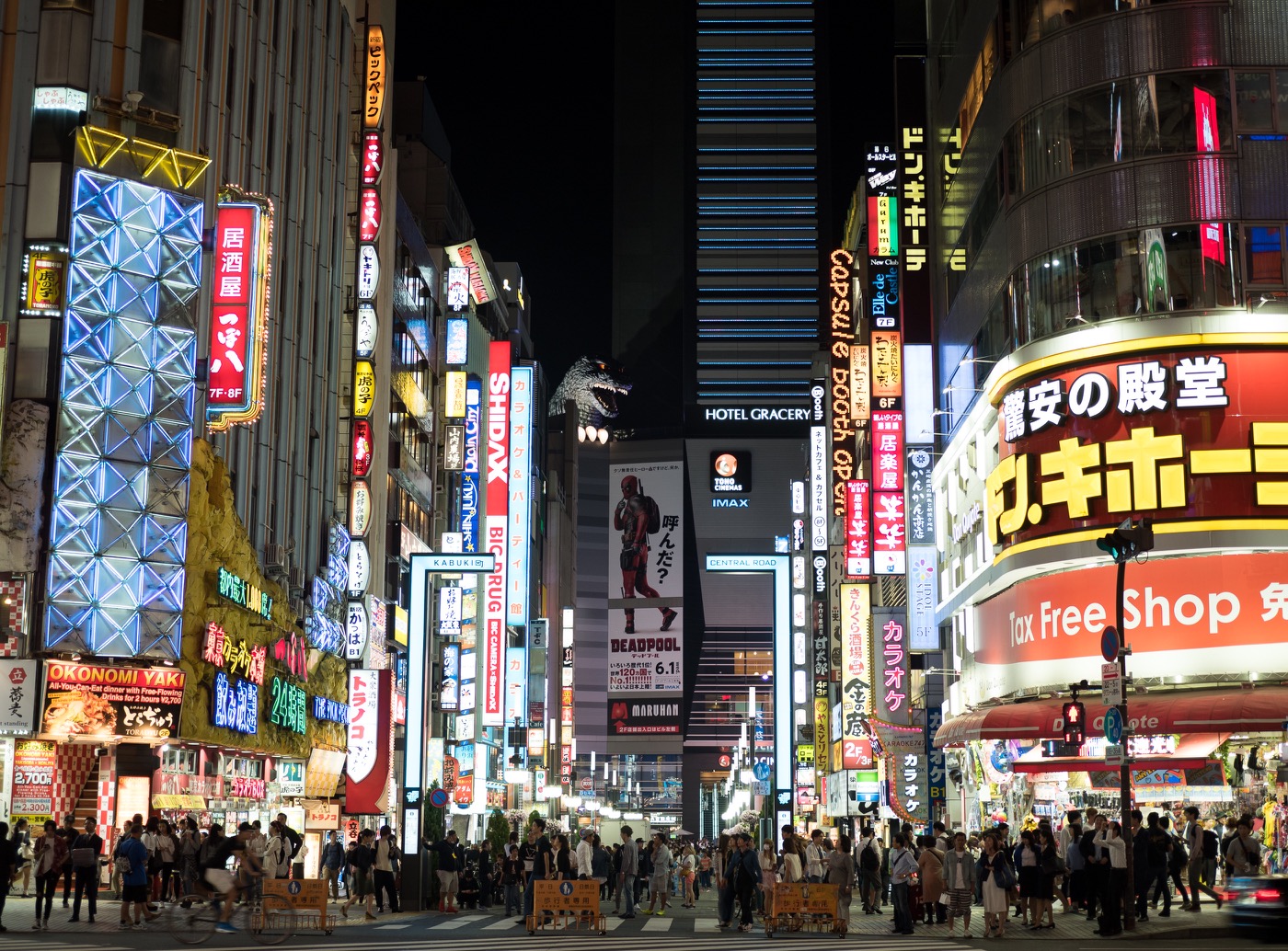 The probable with going to eat with more than one person is the endless procession from place to place because no one is willing to commit. Those that know this know you eat at the first place no one has any strong feelings against. A “Yeah, I guess” should be considered a roaring endorsement and the location settled.

Walking around the eating area of Shinjuku there are thousands of places to eat. But it isn’t always clear what they sell, how much it is, and is there anywhere to sit. It’s very easier to be non-committal when some random characters for ¥300 is all you have to go on. Pictures help, but many places don’t have them. We completed a circuit, taking in most of the streets before doubling back past the hotel to a section we hadn’t been down (that night).

There was a sign with what I assumed to be grilled chicken on it, and a price. I’ll forgo English if they have photos, they can at least put me in the ballpark of what they serve. We had a quick flick through the menu, chicken, chicken, salad. I scanned a few words with Google Translate on my phone. Fried chicken – “Yeap, we are eating here.” All three of us got in a tiny lift. It beeped rudely, so I got out and the doors closed. I caught the next one – I would have taken the stairs, but we didn’t know where they were.

At the top of the lift was a small wooden door. I opened it and walked in. The place was very small. A kitchen walled off down one side and tables against the opposite wall with bench seats. Everything was made from wood. There were drink advertising posters on the walls, and what I assumed to be the specials. The whole thing would have been 20-25m long, and 4m wide (including the kitchen).

Given their limited English I can see how my response would have confused them. How will making a phone call help with ordinary dinner? But I raised three fingers, they raised three fingers and lead us to a table. They handed out little wet wipes in packets, and Japanese menus with pictures. I proceeded to scan each item with Google Translate, confirming what they were. Chicken, fried chicken, house salad, Caesar salad, spring rolls. All of this would do nicely.

The kitchen, in action, is just over there.

We indicated our preparedness to order and they waitress walked over. Much pointing and nodding ensued.

Their English was more than enough for us to order with absolutely no Japanese between us, other than Google, but I’d never trust its English to Japanese combined with my accent on the risk of insulting someone’s ancestors.

Before the rest of our dishes came out, we were given sashimi starters, we think they were sardines, but we’ll never know. The dishes came out as they were prepared. Everything was hot and fresh, and delicious. The non-Caesar salad even had chicken in it. Our lemon sours came with a glass, ice, soda water and half a lemon on an individual juicer each. That was also tasty.

We weren’t the only ones in the place, but a couple of small groups entered as we were finishing up. The decision to have dessert there or not was quickly made when someone started smoking two tables down. I can’t believe we used to allow smoking inside in restaurants. It just seems insane. The low roof and tiny space added to the haze. A quick gesture and we had the bill to take to the front. A good sized meal, with drinks, freshly prepared for 3 people was less than $50. We stopped at a convenience store for afters, as you do.