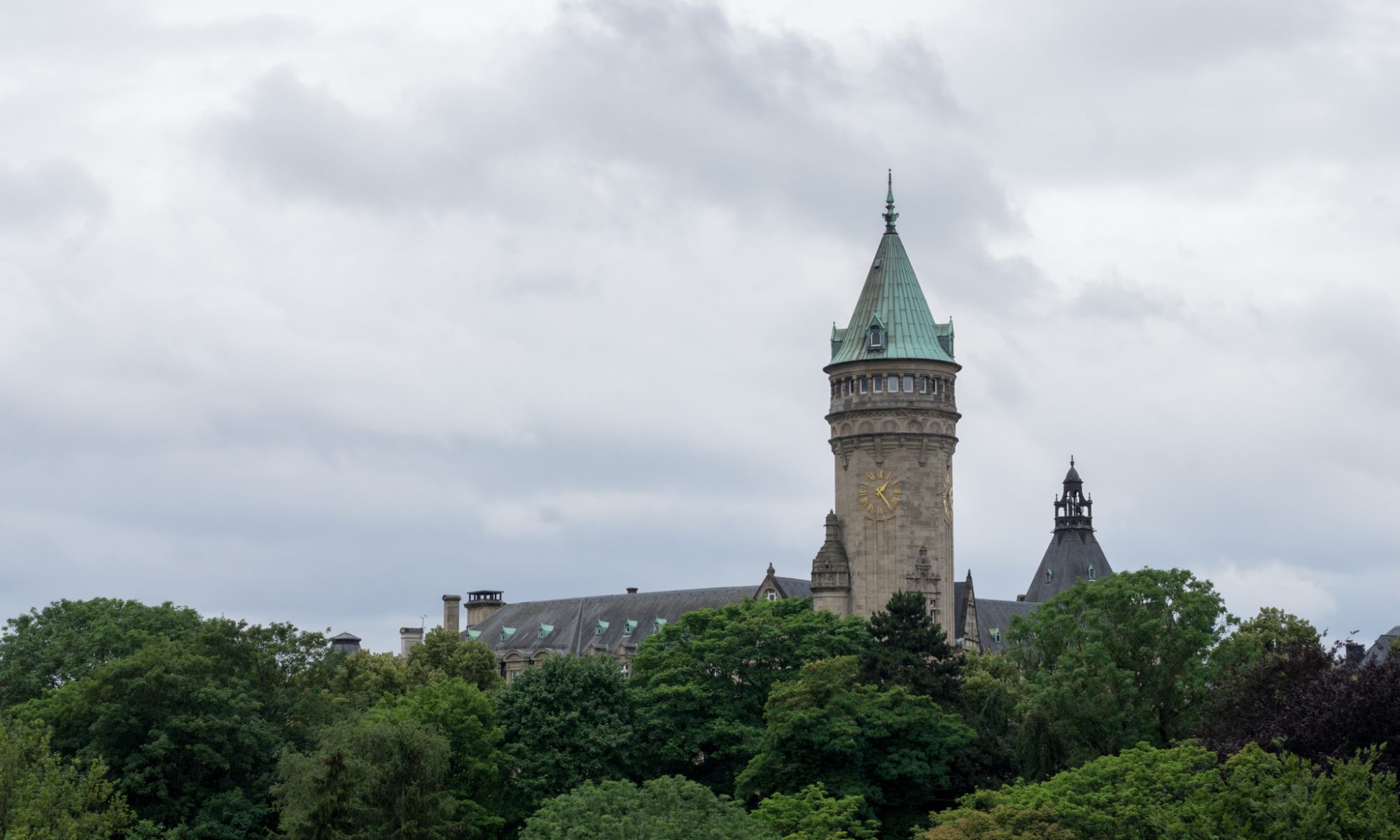 After the dessert I had with dinner the night before, I wasn’t feeling wonderful. We headed into town to have a drive around. Dad pointed out a few of the buildings before we found a shopping centre and a carpark. I wasn’t sure they’d have such mundane things as shopping centres and carparks, but they have both, they even have public transport!

This was a great bus tram thing. It even sounded a bit like a tram.

We left the shopping centre and had a walk through a park next door that backed onto a number of modern office builds. There was a running track made of mulch in a 5km loop.

We headed back to the shopping centre for a quick drink before getting back into the car and heading into the middle of the city. It took us a while to find a parking spot. We did a few laps of a few city blocks, but all the multi level carparks were full. We found an empty block just out of the city centre, but a rough translation of the signs lead us to believe we needed a permit to park. After a while we ended up a large parking lot we drove past a few times. We put a bunch of Euro coins into a ticket machine and walked towards the middle of Luxembourg.

The Tall Banker is a sculpture made by a group of German artists in 2002 that represented successful corporate culture.

At the centre of the city is the valley, surrounded by trees and old buildings, an icon of Luxembourg.

We walked back to the main town square and looked for something for lunch. Mum found a bakery and ordered lunch for her and dad in French. I pointed at the croissant and said ‘two please’, and ‘thank-you’ when I got my change. It still feel a little awkward either putting on a slight French accent when saying Merci, or saying it straight in my ‘Aussie but with undertones of English’ accent. I still wasn’t feeling fantastic, so I decided to get a taxi back to the hotel and to have a rest. We had a long drive the next day down to Switzerland.

One Reply to “Luxembourg, it’s like a real country, only smaller!”