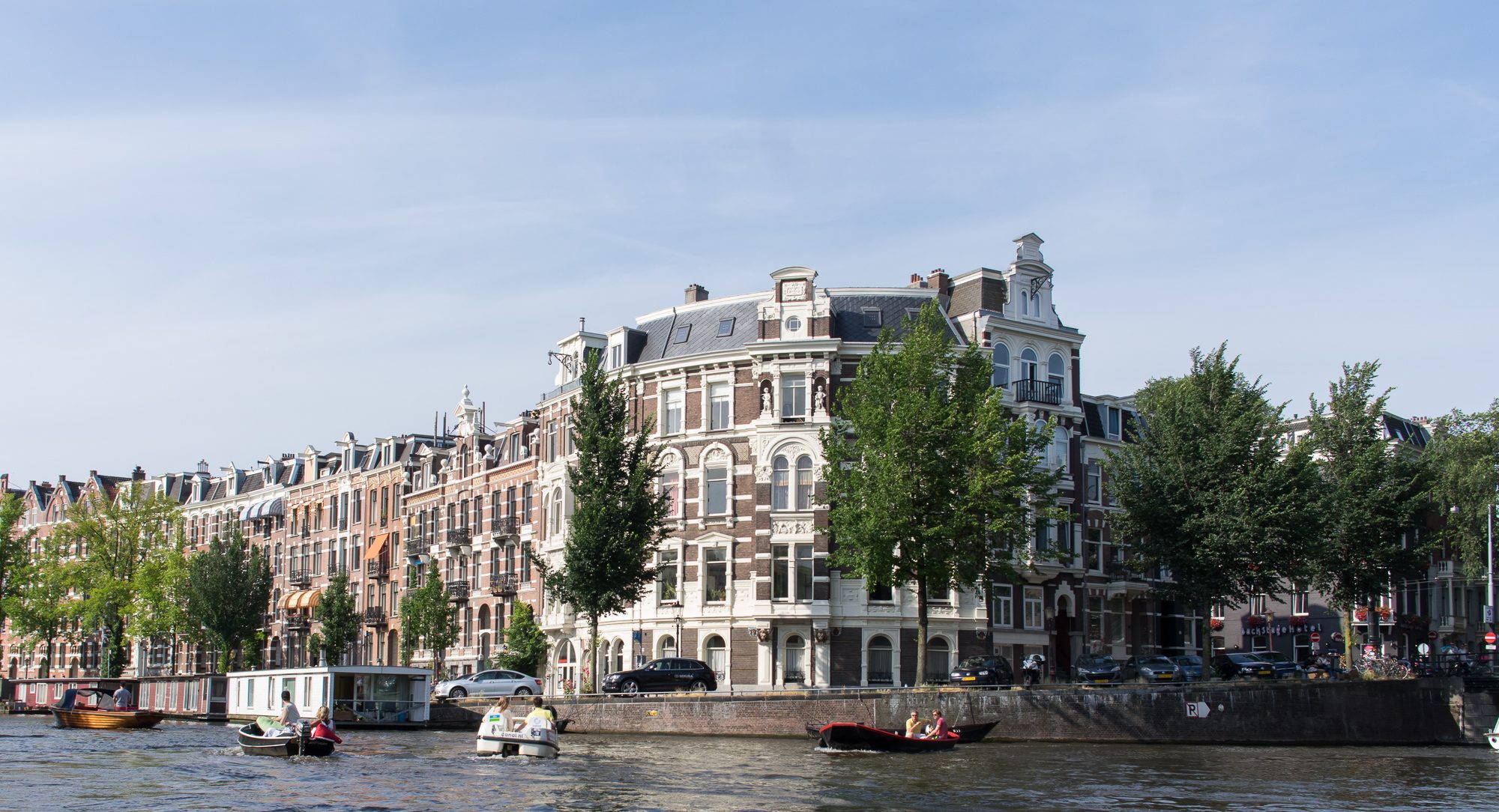 We filled up on buffet breakfast in the hotel before catching a taxi into town. We wanted to get to the museums early before all the crowds came. Booking the tickets online was good move, it meant we could skip most of the queues.

Walking around the place I was reminded a bit of the Hermitage, probably because it is also full of giant paintings. That’s one of the key things with a lot of these paintings, they are huge. They wouldn’t fit in anyone’s house. They are life-sized and often have a crowd of people in them, or several horses, or both. The size and detail mean they can’t easily be recreated on a screen. You either zoom in to see the detail, or way out to see the whole scene, but you can’t get a good idea of the size without being in front of it, walking up and down.

Dirck Hartogh-schotel. The pewter plate was nailed to a tree in Western Australia in 1616.

The Battle of Waterloo

After looking around the museum for a couple of hours we retired to the sit-down table service café for a snack. On a couple of occasions one of us tried to stand up to get something before someone would descend on us and ask what we needed, in perfect English. We spent a few minutes going through the gift shop before heading out the back, which might have been the front, of the museum and heading to the next one.

There was park and water feature quite a few people hanging around, some sitting on the edge of the fountain with their feet in the water, and some kids splashing around. It was quite a warm day even though it was still fairly early.

When we got to the Van Gogh Museum we bypassed the immense queues without printed tickets and walked straight in. While the tickets were for a specific time as long as we were within 30mins there weren’t any issues getting in. The museum is spread across 5 floors, the idea being that you walk around each level before going up to the next floor. We had a much better idea, taking the lift straight to the 5th floor before looking at each floor and walking down to the next. There were a couple of paintings that were on loan to other museums that we didn’t get to see, but we did get to see Sunflowers, as well as a lot of other paintings, drawings, and letters.

Bike stuff in the gift shop

We had lunch in the park between the two museums before walking down to a canal and getting a boat ticket for the day. We spent most of the afternoon sightseeing from the comfort of boat slowly moving along the canals. It was briefly interrupted when our first boat broken down near the main train station. There was much arm waving and a bit of Dutch before we all disembarked. We got out and had a walk through parts of the old town and the town square, before heading back to another canal to catch another boat.

All the bike parking

Yoda defies gravity he does.

Not everyone was doing their fair share of pedaling

Don’t bike and text, unless you are Dutch

Dinner that evening was in an Argentinian grill.