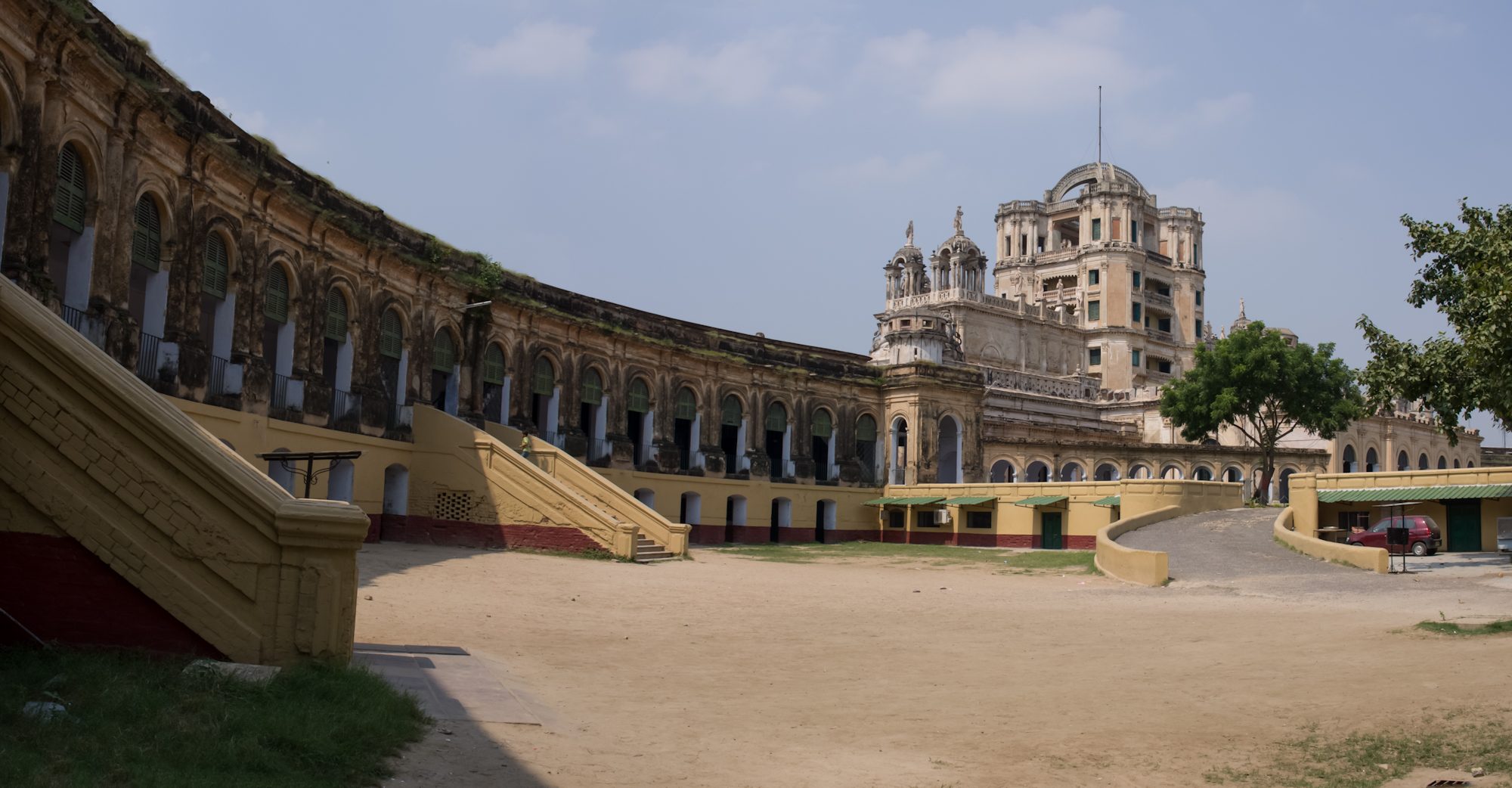 In the morning we decided to walk down to the botanical gardens. It was only a few hundred metres down the road, so how could we get lost? We stepped out of the hotel and all headed left, except Mum who thought it was right. While rickshaw drivers swarmed I waited for a GPS lock to confirm the direction we should have been heading. Left.

We marched off down the road politely refusing the services of the 18,023 rickshaw drivers who wanted to take us anywhere. We got to the gardens, but they were shut, well the gate was open but the sign said they were only open for walks from 6AM to 8:15AM, I don’t think I was even dressed at 8:15. The guard said the gate was locked at 10:30, so Howard took this as, we have 7min to look around before that time. There was some arm waving and negotiations finished with us all walking through the gates and up the path. Dad got his camera out to take a photo and was told firmly to put it away by the guard, we think it was because this was a government place.

After a 6min walk down a path and back again we tried to work out how to get to the museum. We were told it was actually in the zoo, somewhere none of us were interested in going. Mum didn’t want to catch a rickshaw, and insisted on a tuk tuk, so we flagged one down and headed towards the zoo. We really could have used a rickshaw, it wasn’t far down the road at all. A few minutes later Howard and Jill arrived on their rickshaw. We knew it was Ghandi’s birthday, but weren’t expecting the crowds that were there. After queuing for tickets, we went inside (where the level of bedlam was substantially lower than that outside) and tried to make sense of a map that was entirely in Hindi. We didn’t.

There was a small train so we decided to get a trip on that to go around the zoo once and get our bearings. I hopped this wasn’t a precursor to what we were going to have to put up with later in the day, but it couldn’t have been more cramped. After about 30sec I couldn’t feel either of my feet as we were crammed onto two tiny bench seats facing each other.

We went around the park and did find the museum, it was in the zoo, it was also closed. After we unfolded ourselves from the train we started walking around, try not to breath too deeply. There was a massive avary but I think there were more birds sitting on the outside than were in it. There were quite a few mongese, but they weren’t in an enclosure, they were just wondering around. After looking at an empty tiger enclosure for a few minutes we head back out of the park. Not breathing deeply. There were quite a few kids around, a few in jeans with t-shirts who thought it would be fun to drink half a ref bull can and then throw it at some monkeys. They weren’t very good throws and the monkeys didn’t seem to care. This isn’t the first time people had randomly thrown cans away. At lunch on the first day the guy at the road side cafe asked if we had finished our drinks, when we said yes he proceed to throw it from the table into the street.

After we got out of the zoo the only place left to see was La Martiniere college, the boys campus this time. To get there we could have hired 2 rickshaws, or bargained with a tonga driver to take all of us for less. Howard negotiated a rate and we all piled on.

After having the horse nearly bolt into a large steel beam across the road to stop trucks (but also low enough to stop us) we made it. The school grounds are huge. There is a security guard at the gate, but they expect visitors to come and look, so it wasn’t an issue getting in. 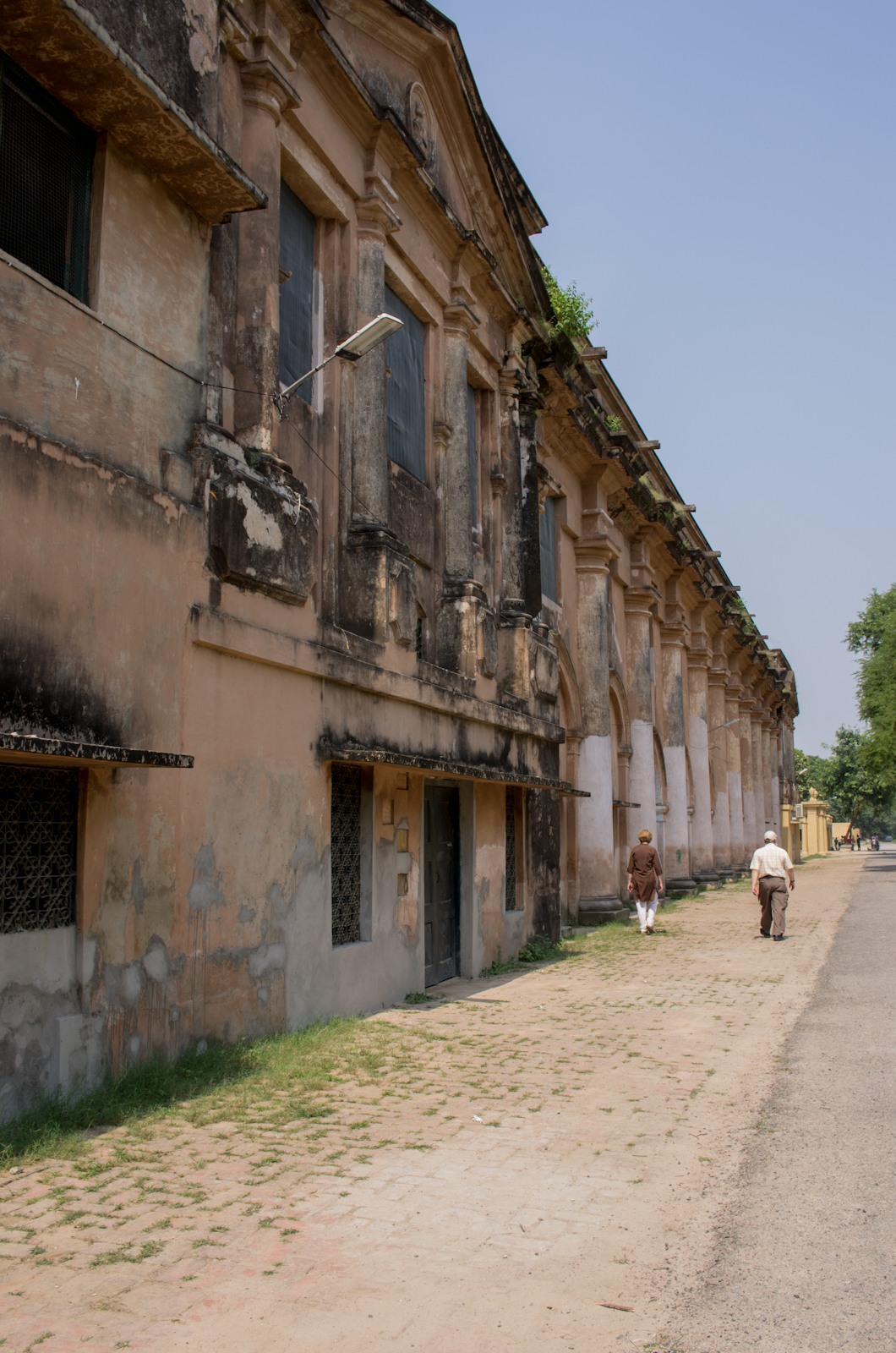 After walking a long side a building we turned the corner and it was clear why everyone said we had to come here.

After talking to the head of senior school – who was putting up the results from house sports – we got back on the tonga and headed back to the hotel to pack. The driver went past a shopping centre not far from the hotel, so we got out there and had pizza for late lunch / early dinner.

A short taxi ride later with 5 of us, 4 backpacks, one suitcase in the car, and 3 bags in the boot we got the the bedlam that is the train station. We think we worked out what train we were catching, and what platform it was on, when it was arriving, and when it was departing, but it isn’t really possible to be 100% sure. A porter showed us to a ‘retire room’ that was aricon’ed and had a bit of a sit down. 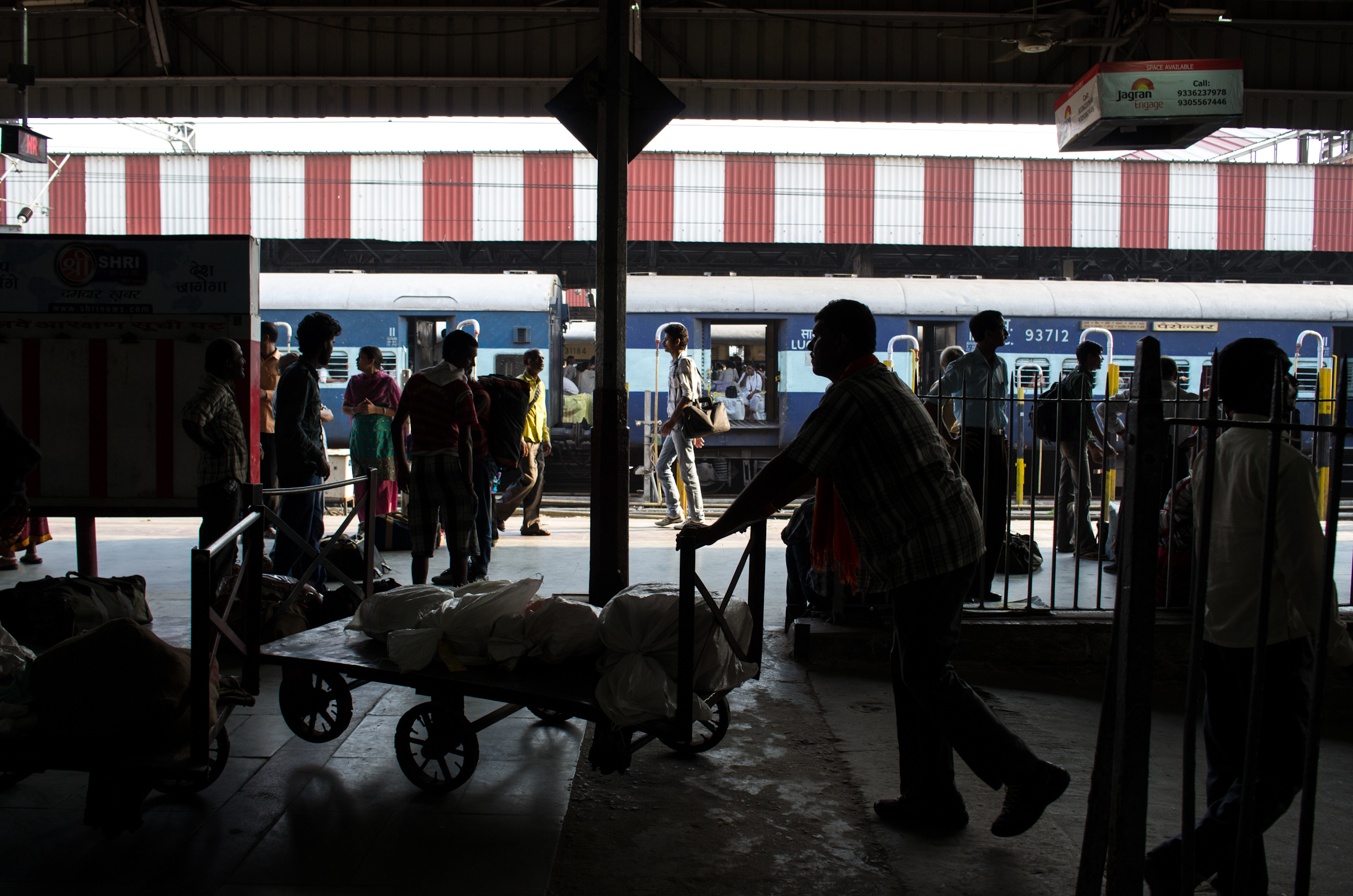 One thing with Indian trains is they are long. I mean really long. We knew what carriage we were in, but had no idea where on the train that carriage was. We guessed a direction, and headed that way down the platform. There are little LED signs every 20-30 metres and they say the time, what train is on the platform, and what carriage is near that point. A1 wasn’t on any that we could see. When the train did arrive by luck we were standing right next to the spot – I mean with great planning we were exactly where we needed to be. 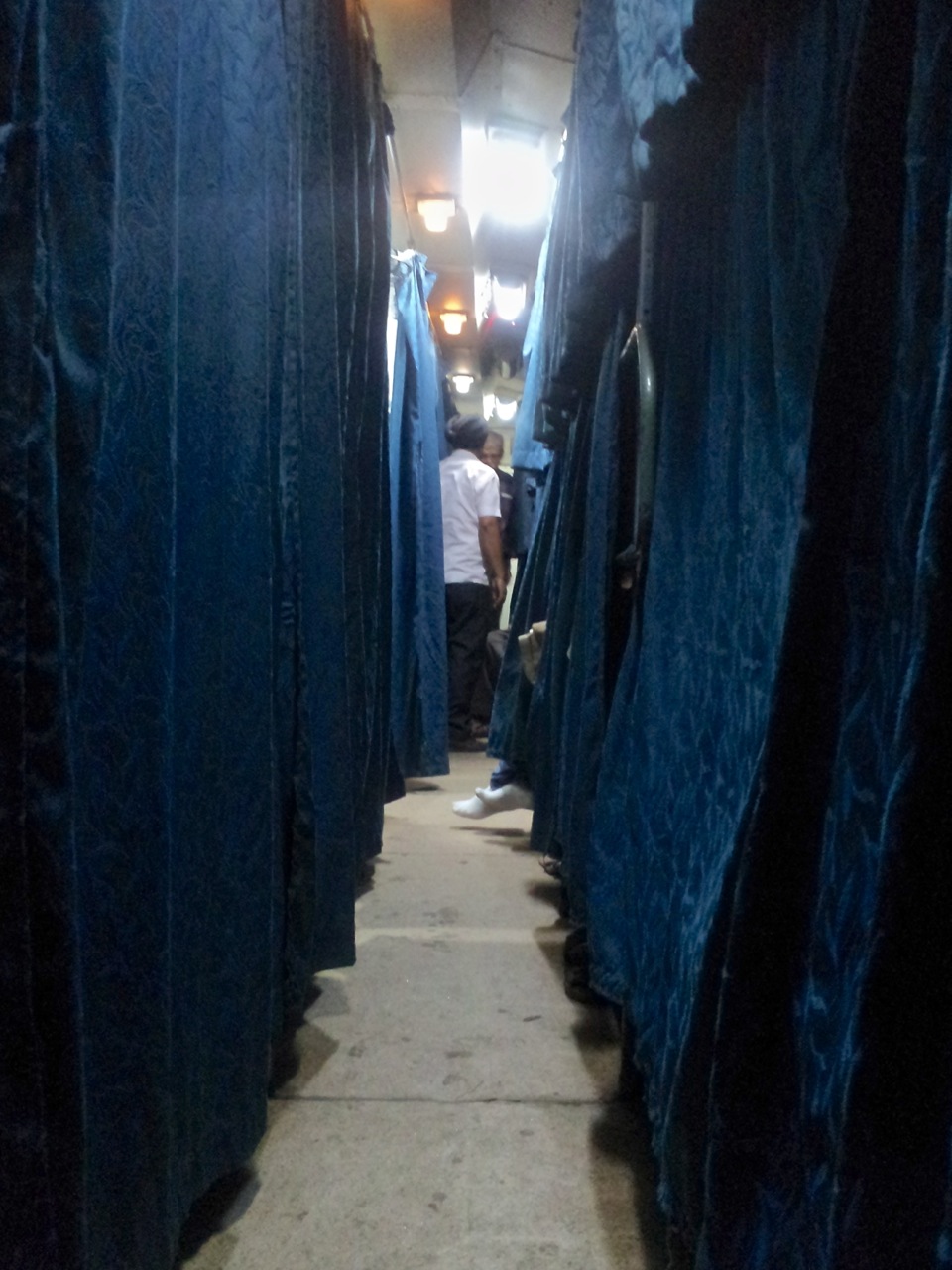 There was a 2 x 2 bunks and 2 extra on the other side of walk way. I was on the side berth with another passenger above me. We quickly made friends with them when it turned out they had a laptop, and 3G. This meant they could give us cricket score updates on the T20 between Pakistan and Australia. After the first few overs we didn’t want to know the score anymore, but he gave it to us anyway. When it came time to sleep I set up my little bunk, folding down the to facing seats. Howard and Jill both apologised to me when they realised I had the side berth. I now know why. The join between the two seats was rock hard. I spent the entire night squished up one end or the other trying not to lie across the whole bed :-S

At 2:30AM the ticket inspector opened the curtain to the 4 bunks and turned the light one. He just looked at everyone and didn’t say a word. Howard glared at him, and he left. We got into Dehradun around 6:30AM and were greeted by a smiling taxi driver, we weren’t smiling, I don’t think we were even awake.