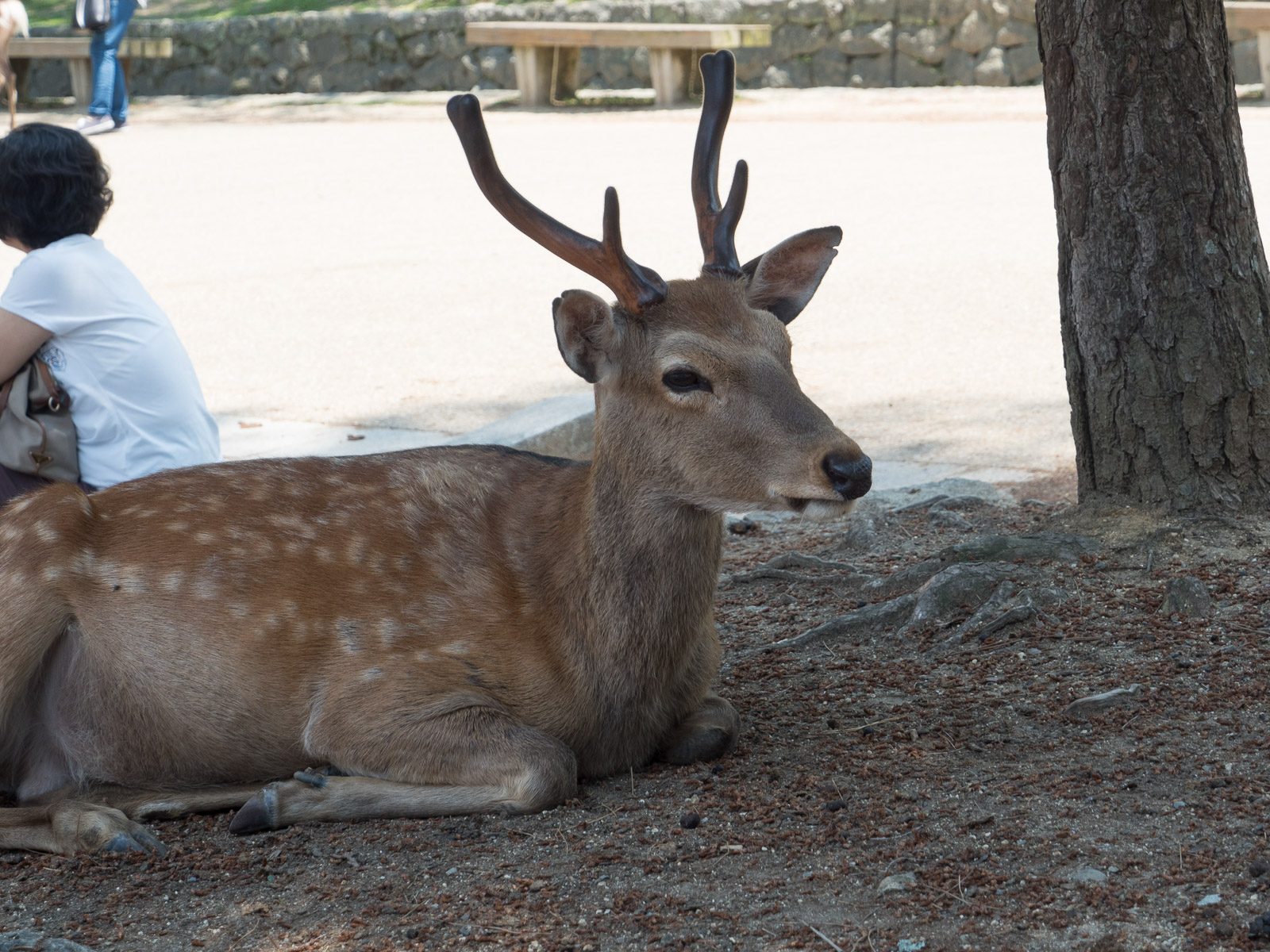 The day started with the standard can of coffee and random rice spicy rice thing for breakfast from a convenient convenience store on the way to the station. We caught a local train from Kyoto to Nara, just over an hours trip. I hadn’t previously been to Nara, on my last trip I had stayed in Osaka with a day trip to Kyoto, but not to Nara. 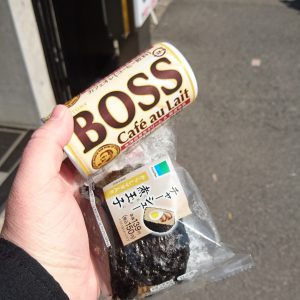 We got off the train and followed our noses out of the station, towards where we thought we were heading. We started up the street, following other tourists.

The first place we came across was the Kofukuji Temple, with the Nanendo Hall, and the Five-Storied Pagoda. The Five-Storied Pagoda is one of the oldest and tallest wooden pagodas in Japan, originally built in the 700’s the current constructions dates from the 1400’s. There were a few other tourists around, including a larger group of photographers on a photowalk.

We crossed the road and continued towards the Nara National Museum and Tōdai-ji. This is where we first encountered all the deer. This turns out to be a very popular tourist attraction in the area. There are people selling deer biscuits that you can feed them with. A lot of the people don’t seem to understand that the deers smell the biscuits, holding them behind your back and pretending they aren’t there isn’t going to do a thing to deter a hungry deer.

For those who don’t want to walk

But, we weren’t here for the deer, so we continued walking in the heat towards Tōdai-ji. Before going into the temple grounds we paused for a drink with some locals.

Tōdai-ji is a Buddhist temple originally built in the mid-700s, with Japan’s largest bronze Buddha statue, one of Japan’s National Treasures. The area was absolutely swarming with people, mainly, though not exclusively, school groups.

At the entrance there were a couple of directions, designed to keep people moving through the temple.

It’s bigger than you think

Looking back at the entrance to the complex

The main gate to the Tōdai-ji complex

The doors at the front of the temple

Inside we moved slowly around the temple, along with hundreds of others. The bronze statue is 15m tall and weighs over 500 tonnes.

Once back outside it took us a while to find each other again on the main stairs. We headed back out to the gardens surrounding the temple.

By now we were getting a little hungry, and tired, and hot. We stopped off in some air-con in the Todaiji Museum, where we had a quick drink and some of the smallest macarons ever. We didn’t stop here for long, or lunch though, I knew what I wanted. We had been in Japan for over a week now and I hadn’t yet been able to get to a Mos Burger. 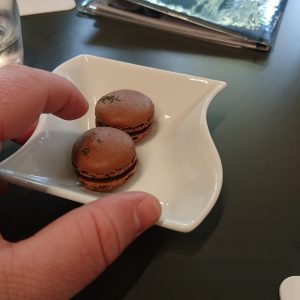 We walked through some shopping areas, past a number of restaurants, but I kept telling my parents to keep going. I had checked, and there was a Mos Burger at the station, and that was what I wanted.

Flat on a mini velo tourer, emergency mechanic is called.

The Mos Burger burgers are good. They have a good variety of different things, including the rice bun burgers. The only possible downside is the are small, but not tiny. They are bigger than a slider, making having two greedy.